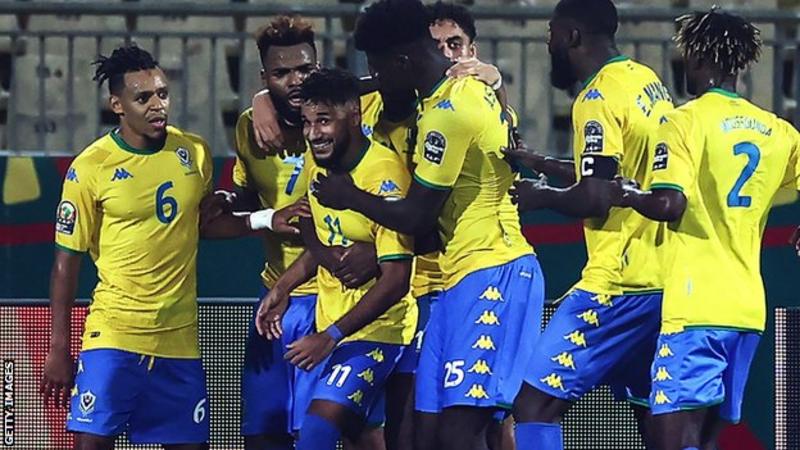 The result puts Gabon on the verge of the last 16 but leaves the Black Stars facing a nervous final round of games.

Andre Ayew put Ghana in front in the 18th minute but his strike was cancelled out by Gabon sub Jim Allevinah’s 88th-minute equaliser.

Ghana were angry that Gabon failed to return the ball after it had been put out for a Black Stars injury.

Daniel-Kofi Kyere had gone down following a challenge inside the Gabon half but, from the resulting throw-in, Guelor Kanga played the ball to Allevinah, who struck a low left-footed shot across Jojo Wollacott and into the bottom right-hand corner.

Ayew protested to referee Lahlou Benbraham about the goal to no avail and scuffles broke out when Gabon celebrated at full-time.

Ghana substitute Benjamin Tetteh was shown a red card after the final whistle for his part in the on-pitch melee.