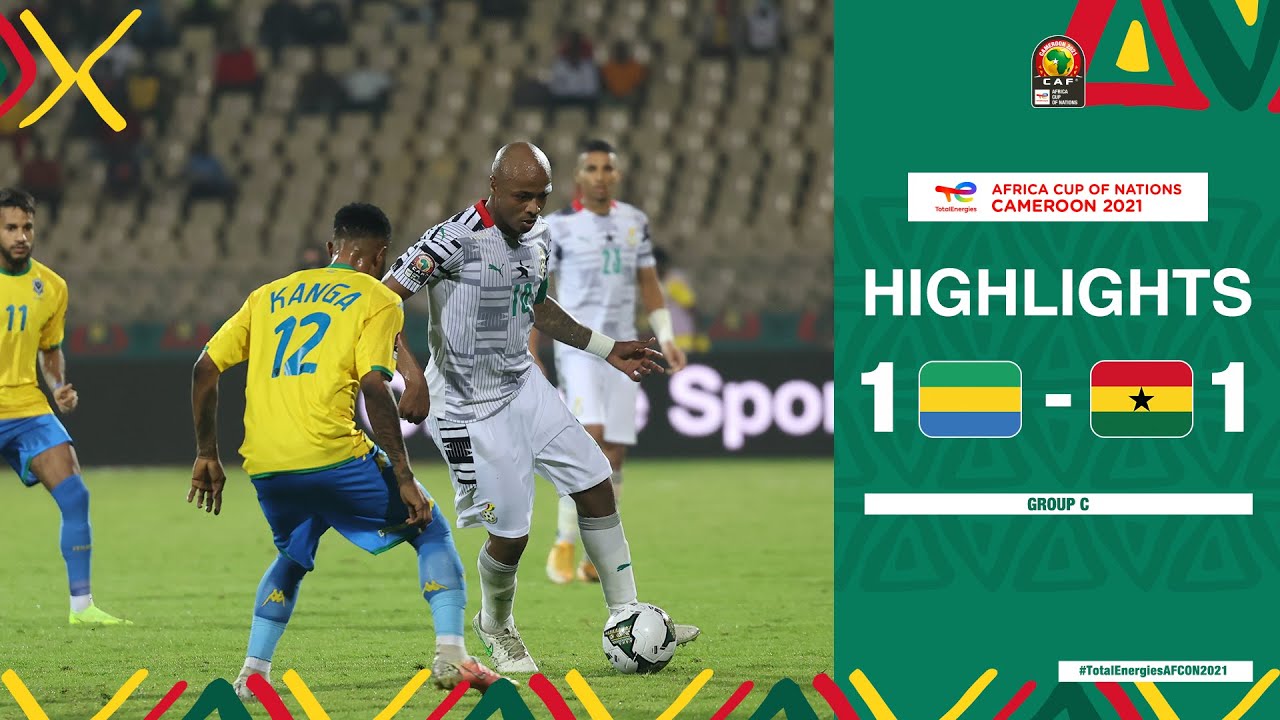 A late goal from Gabon’s Jim Allevinah ensured the Panthers picked a point against the Black Stars to hang Ghana’s hope of qualifying to the next stage of the 2021 Africa Cup of Nations (AFCON) in Cameroon.

The match ended 1-1 at the Ahmadou Ahidjo Sports Stadium on Friday evening in Yaoundé, Cameroon.

It was skipper Andre Dede Ayew who opened the scoring after 18 minutes to put the Stars’ in control of the game but Allevinah’s controversial goal in the 88th minute shattered the hearts of Ghanaians who were almost cruising to victory.

Having lost 1-0 in the first Group C to Morocco on Monday, the Black Stars put up an improved performance in the game against Gabon until two minutes to regulation time for the Panthers to grab the equalizer.

In the first seven minutes, goalkeeper Joseph Wollacot came under intense pressure with the Panthers surging forward to break the virginity of the game, but he kept his composure, together with the defenders built around Daniel Amartey and Alexander Djiku, Andy Kyere Yiadom to keep the score-line barren.

After the exchanges, Ayew, the Al Saad player collected a telepathy pass from Arsenal FC star, Thomas Partey, to dribble past the Gabonese defenders to bang in the first goal.

He becomes the first Ghanaian player to hit double figures in the AFCON with 10 goals.

The Black Stars took control of the game to determine the pace of the match.

In search of the equalizer, Gabon’s Denis Bouanga and Aaron Boupendza made attempts to pull parity for the Panthers but their shots were well taken care of by the solid defense of Ghana.

From recess, substitute Ngowet Allevina came close to scoring but goalkeeper Wollacot was on spot again to deny the Panthers the equalizer.

In the 79th minute, Jordan Ayew was presented with a free-kick few yards away from the penalty box but his shot missed the goal post by inches.

The draw puts Ghana on third position in Group C and a win against Comoros in the last group match on Tuesday at the Roumdé Adjia Stadium in Garoua can qualify the Black Stars to the knockout stage.

This will be known after the round of matches in the Groups.