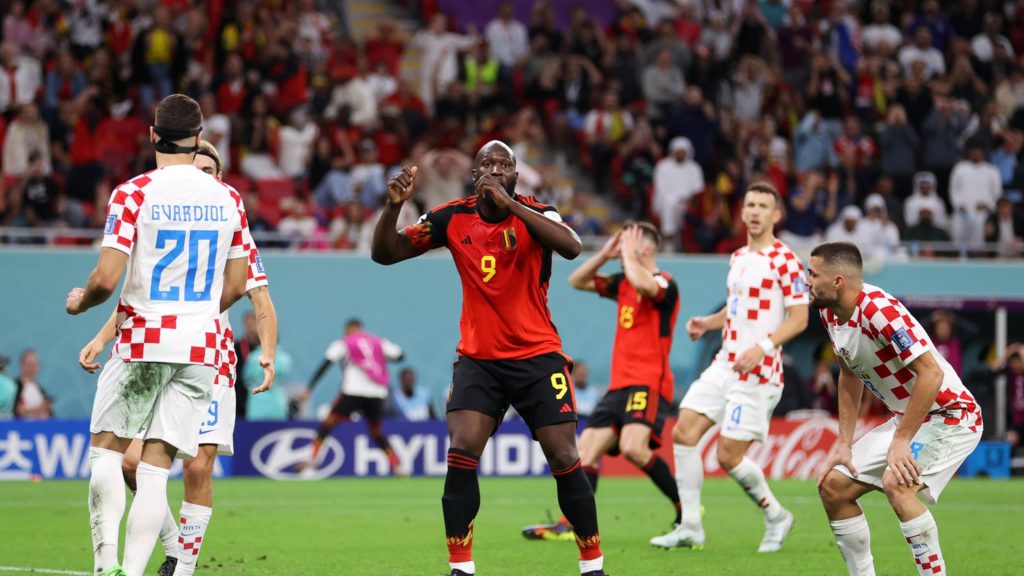 Croatia confirmed their place in the round-of-16 of the World Cup thanks to a nervy 0-0 draw against Belgium. Neither side displayed enough cutting edge to earn a win, but the 2018 runners-up got the point they required to reach the knock-out stages for a third time in six attempts.

Zlatko Dalić’s side nearly opened the scoring within ten seconds as Ivan Perisic blasted wide, while Dries Mertens, restored to the Red Devils’ starting line-up, should have done better when scooping over the bar after receiving Kevin De Bruyne’s pinpoint pass.

Andrej Kramaric was then awarded a penalty after being brought down in the box by Yannick Carrasco, but the spot-kick was controversially chalked off following a VAR check for offside in the build-up.

Knowing his side needed a win to go through, Roberto Martinez threw on Romelu Lukaku at the break, and he finally had the game’s first shot on target moments after coming on, although his tame header was saved.

Proceedings were beginning to liven up though, and Thibaut Courtois was on hand to make a trio of fine saves from Mateo Kovacic, Marcelo Brozovic and Luka Modric. At the other end, Lukaku rattled the woodwork, before somehow heading over an empty net after goalkeeper Dominik Livakovic had come for a cross and got nowhere near it.

In the end, the deadlock would not be broken, with Lukaku putting a further chance the wrong side of the post with minutes left as his side suffered the indignity of an early exit.