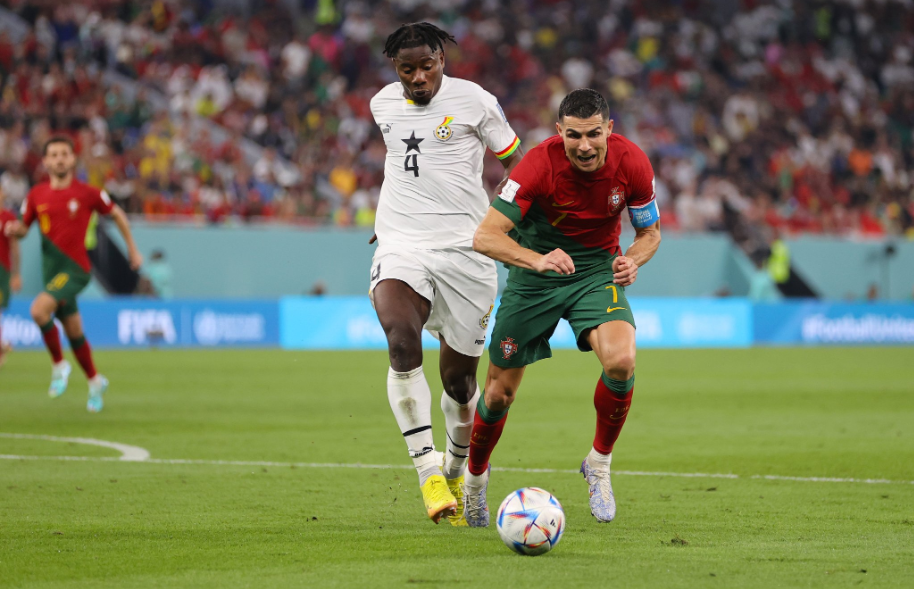 Ghana coach Otto Addo has criticized the decision of the referee to award Portugal a penalty in their opener in Group H on Thursday afternoon.

The Black Stars opened their 2022 World Cup campaign with a 3-2 defeat against the European side at the 974 Stadium.

After a solid display from his Black Stars, it took a penalty decision to help Portugal take the lead.

Speaking after the game, Addo said the incident involving Salisu Mohammed and Cristiano Ronaldo should not have been awarded a penalty.

“The game plan was okay but the referee gave a penalty which is not a penalty. Everyone saw Salisu. It’s a mess,” the 44-year-old said in his post-match interview.

Addo is now rallying his Black Stars to focus and prepare to win the next match against South Korea.

“We had our chances even in the last minute. I can’t be proud because it’s zero points. We have to win our next two games,” Coach Otto Addo noted.

The game against South Korea will be played on Monday.