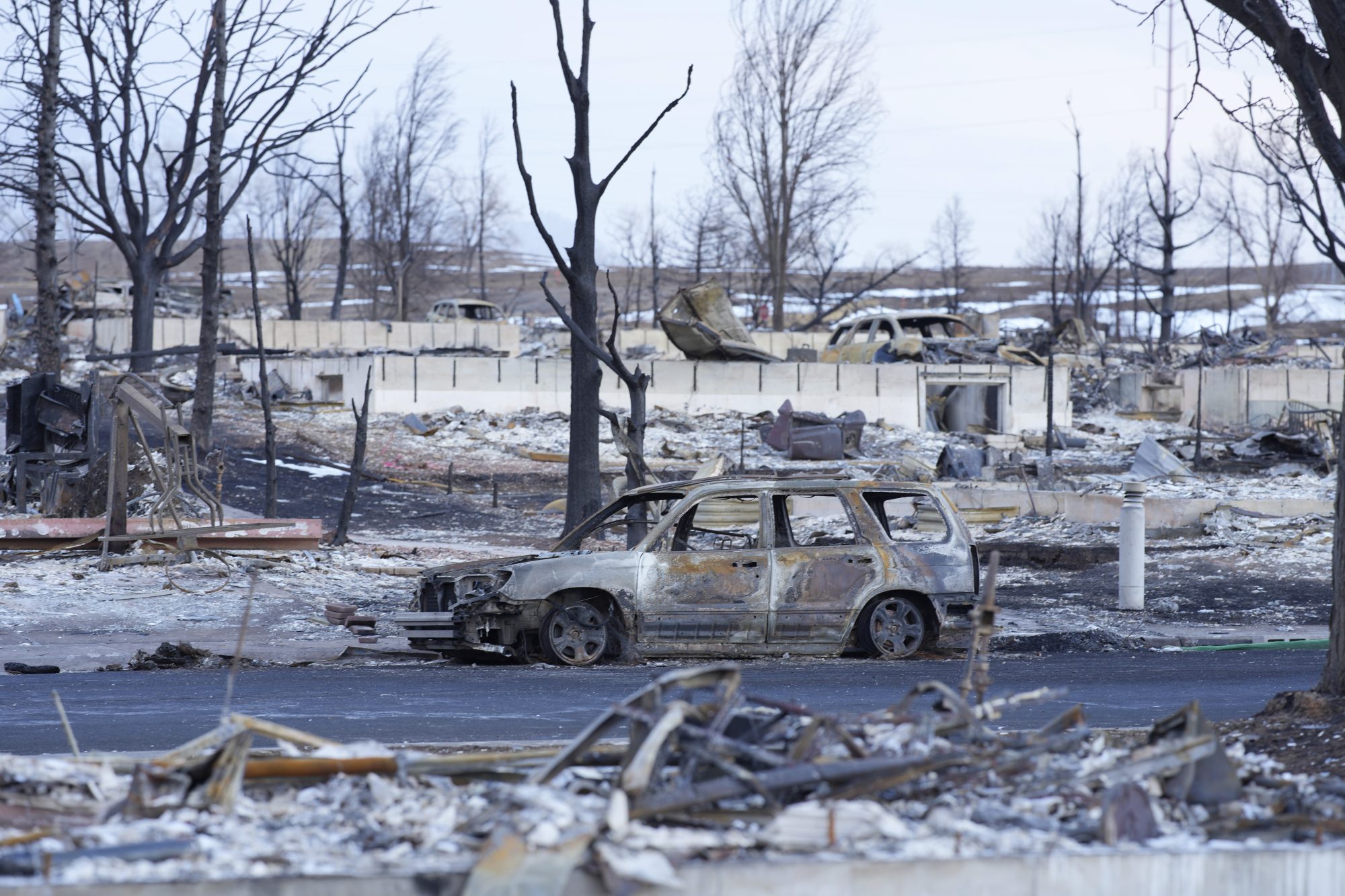 Near the starting point of a Colorado wildfire that destroyed over 1,000 homes and buildings, one man stayed home in an apparent attempt to save a voluminous collection of papers documenting his family’s history plus his personal writings and records of his community activism.

Robert Sharpe, 69, was spotted last month trying to fight the fire and waved off at least one warning for him to evacuate his home in a semi-rural area near Boulder, according to his brother Milt Sharpe. His remains were found inside his home a week after the Dec. 30 fire tore through the area.

The search was still on Friday for the only other person still listed as missing in the fire — at a site where a home burned on the outskirts of the town of Superior, downwind from the fire’s origin point and across open fields and hiking trails at the edge of suburbia.

“We are still actively working on the searching for and identifying the remains of the second missing person,” Boulder County Sheriff’s spokesperson Carrie Haverfield said.

Authorities have not named the woman, but relatives identified her as 91-year-old Nadine Turnbull while declining further comment to The Associated Press.

She lived with her adult granddaughter on plot of land that harkened back to the area’s rural roots, with two dogs, two goats and two horses, said Amy Smith, a family friend. Smith organized an online fundraiser for Turnbull’s granddaughter, Layla Cornell, who escaped the fire and is struggling to start over again.

Neighbor Scotty Roberts told KCNC-TV last week that he barely escaped his family’s home in the fire and went to Turnbull’s house to tell her to get out, asking a sheriff’s deputy to come with him.

5:55 Colorado wildfires: ‘Miracle’ only a couple of people unaccounted for, Colorado official says

However, as soon as the front door to the home opened and let air inside, the fire went “woosh” and intensified, he said. Cornell escaped, but Turnbull was tethered to her dogs, and the leashes were wrapped around a table, the station reported.

“I couldn’t pull all of them and the table with me at the same time,” said Roberts, who described the fire as being “everywhere” at that point.

He said he was sorry and ran, said Roberts, who shook with emotion during the interview.

Haverfield, the Boulder County Sheriff’s spokesperson, declined to answer questions about whether any first responders went to the home and whether anyone attempted to evacuate Turnbull, citing the ongoing investigation.

Throughout his 30 years at radio station KGNU, former station manager and news director Sam Fuqua told The Denver Post that he recalled Sharpe calling to talk about environmental issues, politics and local development.

“He’s the kind of caller you want to have call in to your shows,” he said. “Someone who’s listening, thoughtful and connecting dots that nobody else in the conversation is connecting.”

Milt Sharpe is also mourning the loss of another brother who died while sequestered in a hospital room with COVID-19 two weeks before the fire. He said he is ashamed that he may have been callous to Robert Sharpe’s efforts to help him understand the way he saw the world.

“It was massive, it was just a huge, large life he lived, and he did it with love and compassion,” Milt Sharpe said.