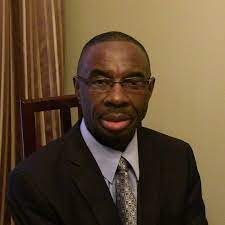 A finance expert and former Technical Adviser to the Ministry of Finance, Dr Sam Mensah is advocating for a national consensus or bi-partisan approach as the solution in addressing Ghana’s rising debt stock.

According to him, the only way to fix both the country’s ballooning debt and high budget deficit situation is for the two major political parties to come to an agreement on a specific strategy to improve the fiscal economy.

“We’re in a debt situation that an economist will call it a structural situation. Structural in the sense that it’s built into our budget system. We are spending a lot more than we have resources for, so there’s always a deficit that has to be financed by always borrowing money and we’re not going to be able to solve that problem easily until we get a national consensus.”

“In other words, getting both sides of the aisle to come together and agree on a plan for reducing the deficit and bringing the debt down. We need a political process that will enable us to bring the debt down,” he said.

Speaking to Joy Business on the sidelines of his book launch, “Inside Out”, he however suggested that the current government needs to initialize the process.

“Until we get to a point where the two partisan sides are on the same wave length and can mobilise their supporters behind a national deficit strategy, it is going to be very difficult. This is because of the politics but the incumbent government has to take the lead in trying to mobilise the by-partisan support for a deficit reduction plan,” he stated.

The book, “Inside Out” tells the story of Dr. Mensah’s 10-year engagement with the Ministry of Finance as Technical Advisor.