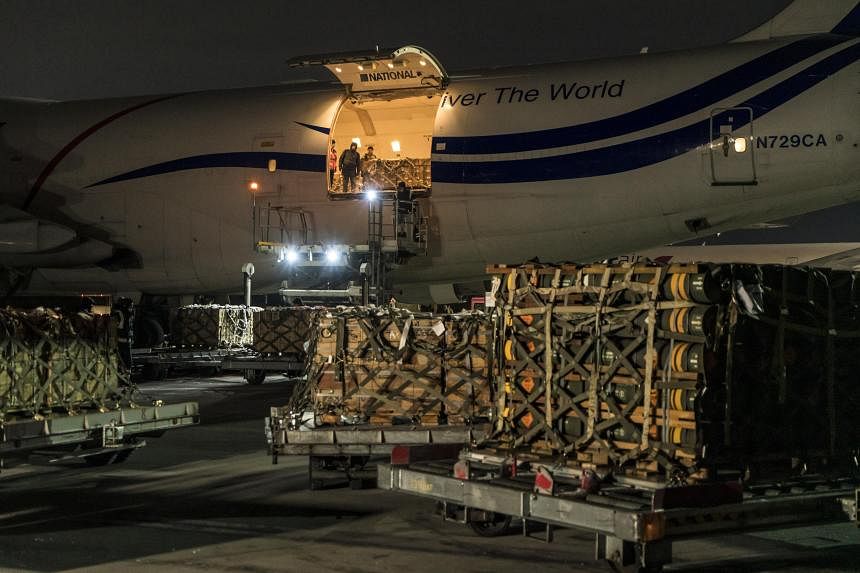 KYIV – A US-made missile fired by Ukrainian forces wounded three civilians in eastern Ukraine in September, according to residents and debris recovered from the scene, marking a rare instance where US-supplied weapons were linked to civilian casualties in the nine-month-old conflict.

The strike – from an AGM-88B High Speed Anti-Radiation Missile, which is fired from a fighter jet against ground targets like radar and air-defence systems – happened on Sept 26 around 6pm in the eastern Ukrainian city of Kramatorsk, residents said. The industrial city in Ukraine’s Donbas region has been the site of constant missile and artillery attacks since Russia invaded in February.

As Russia’s ground war in Ukraine has bogged down, it has kept up a punishingly heavy missile and drone barrage that has destroyed critical civilian infrastructure and killed or wounded many Ukrainian civilians. In response, Ukraine has had to rely heavily on air defence systems, some of them newly sent from Western allies.

In one case in November, officials from the United States and Poland said a Russian-designed missile that crossed over Ukraine’s western border into Polish territory and killed two people was most likely an air-defence munition fired by Ukraine in response to a heavy Russian aerial assault.

The war in Ukraine has become defined by an almost unending barrage of munitions, and the make and origin of the thousands of bullets, artillery shells and missiles fired on the war’s front lines can sometimes be impossible to verify.

But New York Times journalists were able to gather and identify distinct metal fragments left behind at the site of an earlier strike, in September in eastern Ukraine, providing a window into where the billions of dollars of US’ military aid sent to Ukraine can sometimes land.

“Three people got wounded, they say. No dead (sic). It hit the apartment where no one lives, and in the next one, people got hurt,” said Ms Olga Vasylivna, a resident who lived adjacent to where the missile hit. Her account was borne out by witnesses. “We had hits in this neighbourhood before. Now we are afraid of every tiny rustle.”

A spokesman for Ukraine’s Ministry of Defence did not respond to questions about the missile strike.

The effort to protect Ukraine’s skies and to destroy Russia’s own air defence systems has taken on new urgency in recent weeks.

In November, the US announced that two National Advanced Surface-to-Air Missile Systems, or NASAMS, which fire missiles that Ukraine’s allies have in large supply, had been delivered to Ukraine’s capital Kyiv. Six more will be provided to Ukraine in the coming years.

The arrival of Western weapons into the Ukrainian military’s arsenal has at times required a degree of jury-rigging and improvisation – in this case, to enable Ukraine’s Soviet-era MiG fighters to fire the AGM-88, a missile it was not designed to carry.

There are no recorded instances of Ukrainian forces purposely targeting cities completely under their control, indicating that the missile was likely off-target and may have malfunctioned. Russian troops, however, have often targeted civilian infrastructure and population centers as a central and repeated tactic.

To mask their attacks on civilians, the Kremlin has often falsely attributed some such casualties to malfunctioning Ukrainian air defences that struck residential areas instead of intercepting incoming Russian missiles and drones.

In this case, the missile hit the top floor of a five-storey Soviet-style apartment block, exploding on impact and boring a distinct hole in the building’s side.