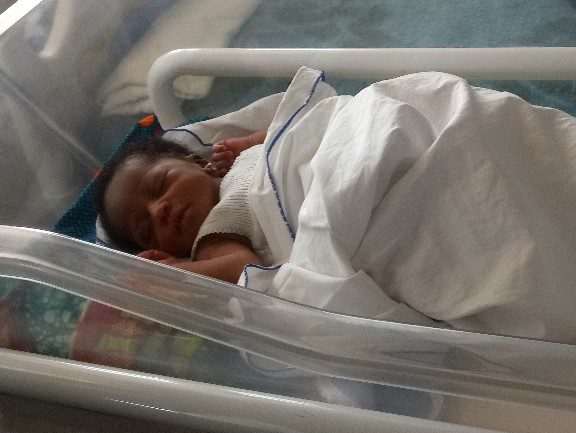 A slowdown in the progress made during the past decade against maternal and infant mortality is projected in the African region, a new World Health Organization (WHO) report released today finds.

The Atlas of African Health Statistics 2022 assessed the nine targets related to the Sustainable Development Goal (SDG) on health and found that at the current pace, increased investment is needed to accelerate progress on the targets. Among the most difficult to achieve will be reducing maternal mortality.

In sub-Saharan Africa, it is estimated that 390 women will die in childbirth for every 100 000 live births by 2030, the Atlas 2022 reports. This is more than five times above the 2030 SDG target of fewer than 70 maternal deaths per 100 000 live births, and much higher than the average of 13 deaths per 100 000 live births witnessed in Europe in 2017. It is more than double the global average of 211. To reach the SDG target, Africa will need an 86% reduction from 2017 rates, the last time data was reported, an unrealistic feat at the current rate of decline.

“Africa has scored some of the fastest reduction rates globally in key health objectives, but the momentum is waning. This means that for many African women, childbirth remains a persistent risk and millions of children do not live long enough to celebrate their fifth birthday,” said Dr Matshidiso Moeti, WHO Regional Director for Africa. “It is crucial that governments make a radical course-correction, surmount the challenges and speed up the pace towards the health goals. These goals aren’t mere milestones, but the very foundations of healthier life and well-being for millions of people.”

Although the region is witnessing a decelerating momentum towards key health objectives such as vaccine coverage, it has made remarkable progress in some areas during the first decade of the 21st century. Under-5 mortality fell by 35%; neonatal death rates dropped by 21%; and maternal mortality declined by 28%. In the last decade, advances in all three targets have flatlined, particularly for maternal mortality. While Africa has advanced on family planning, with 56.3% of women of reproductive age (15-49) having their family planning needs satisfied with modern contraceptive methods in 2020, the region is still far below the global average of 77% and the worst performing.

The slowdown has been exacerbated by the disruptive effect of the COVID-19 pandemic. Crucial health services such as postnatal care for women and newborns, neonatal intensive care units, and antenatal care services, immunization services were disrupted during the pandemic. Since 2021, Africa has also faced a resurgence in vaccine-preventable disease outbreaks. Measles cases rose by 400% between January and March 2022 compared with the same period the year before.

Inadequate investment in health and funding for health programmes are some of the major drawbacks to meeting the SDG on health. For example, a 2022 WHO survey of 47 African countries found that the region has a ratio of 1.55 health workers (physicians, nurses and midwives) per 1000 people, below the WHO threshold density of 4.45 health workers per 1000 people needed to deliver essential health services and achieve universal health coverage.

In the African region, 65% of births are attended by skilled health personnel – the lowest globally and far off the 2030 target of 90%, according to the Atlas 2022. Skilled birth attendants are crucial for the well-being of women and newborns. Neonatal deaths account for nearly half of all under-5 mortality. Accelerating the agenda to meet its reduction goal will be a major step toward reducing the under-5 mortality rate to fewer than 25 deaths per 1000 live births.

The Atlas 2022 also presents the latest data for more than 50 health-related indicators of the SDGs and provides comprehensive country-level statistics for the region.