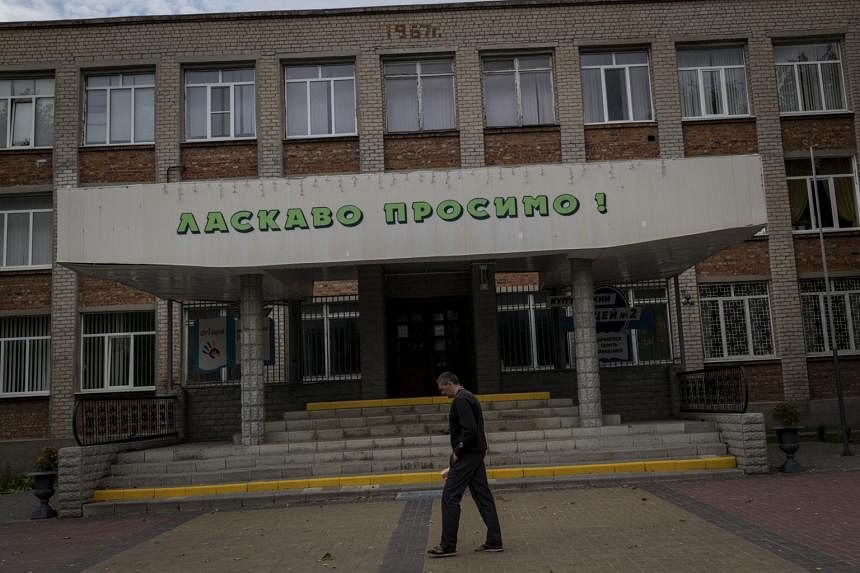 IZYUM, Ukraine – Russian officials came to Ina Mandryka with a simple proposition: If she agreed to open her school in a town in occupied territory, and teach in Russian, she would be promoted from deputy principal to principal.

For Mandryka, it was an easy choice.

“I refused,” she said. “To teach the Russian curriculum is a crime.”

Iryna Overedna, a second-grade teacher in the city of Izyum, made a different choice.

“The teacher in me thought, ‘The children should be in school,’ ” Overedna said.

Besides, she said, she needed a salary to feed her family. She traveled to Kursk, in southwestern Russia, to study the new curriculum.

As Ukrainian troops forced the Russian army into a chaotic retreat in Ukraine’s northeast this month, they reclaimed towns and villages that had been under occupation for more than five months.

In doing so, they inherited a legal and ethical quandary that involves some thorny judgments: Who in the towns had collaborated with the Russians when they were in control?

In many places, the Russians had left tanks and their own war dead, but also evidence of potential war crimes with mass graves and torture rooms.

But the status of many activities is not necessarily clear-cut, because they are intertwined with everyday life.

Ukrainian authorities, for instance, do not view doctors, firefighters and employees of utility companies as traitors because their jobs are considered essential to the functioning of a town.

But police officers, municipal and regional government employees and some teachers who agreed to work under the Russian educational curriculum are classed as collaborators.

Ukrainian officials have been unflinchingly critical of teachers willing to follow Russian guidance.

In a war intended to quash Ukrainian identity and language, they say, agreeing to educate children according to a curriculum that denies the existence of Ukraine as a state is a grave crime.

There is a seething anger within the Ukrainian government at teachers who bent to the Russian authorities.

Serhiy Horbachov, the education ombudsman, said teachers who collaborated should lose their credentials, at the least.

“These people absolutely cannot be allowed to work with Ukrainian children,” he said in an interview. “It will be a very difficult and painful story.”

About 1,200 schools are still in occupied territory.

In its counteroffensive, the Ukrainian army has captured an area that included roughly 65.

About half had opened Sept 1 to teach the Russian curriculum, with a total of roughly 200 teachers, Ukrainian prosecutors say, only to close within days as the army swept in.

Not all will be arrested, Volodymyr Lymar, the deputy prosecutor of the Kharkiv region, said in an interview.

The teachers will be assessed on how active a role they played in preparing or promoting Russian propaganda for children, he said, and punishment would be meted out accordingly.

“For teachers, it’s a difficult question,” he said.

Izyum, a city of once elegant 19th-century brick buildings on bluffs overlooking the Siversky Donets River, is now largely in ruins.

When Ukrainian soldiers recaptured it, residents greeted them with homemade dumplings and hugs.

Even days later, many were so relieved at the end of occupation that they cried describing the city’s liberation.

But they bristled at how they are now being judged for the concessions they made to survive occupation – and for even small acts of cooperation with the Russian army.

It augurs a more widespread problem for Ukrainians as they liberate territory: the divisiveness and mistrust that arises from allegations of collaboration.

Already, some civilians in northern Ukraine have fled across the border to the Russian city of Belgorod, saying they are afraid of reprisals by Ukrainian authorities for working in jobs in city administrations.

Others say that aggressive social media campaigns have made them targets for their fellow townspeople.

Within weeks of the Russian invasion in February, residents of Izyum said, their sleepy provincial town had transformed into a through-the-looking-glass world of horrors: Bodies lay uncollected on the sidewalks, buildings were in ruins and Russian soldiers patrolled the streets.

People huddled in basements for safety from shelling.

“Every person chose their fate,” said Oksana Hrizodub, a Russian literature instructor who refused to teach for the Russians but said she does not judge those who did. “For people who were stuck here it’s their personal affair,” she said.

Overedna, the second-grade teacher who agreed to return to work, described what she characterised as small steps toward cooperation with the Russians.

The moral compromises were minor at first, she said.

First, she took part in June in a Russian-supported project to clean debris from a community centre, called the House of Culture, so high school students could use it for a graduation ball.

She and others received a “working ration,” a handout of food, in exchange – but said they did it not so much for the ration as to give the teenagers a tiny sense of normality and a celebration.

Later in the summer, she said, the Russian occupation authority contacted teachers who had tidied up the House of Culture to request they open schools in the fall.

First, they would have to travel to Kursk to study the curriculum.

ENEMY OF THE PEOPLE

She decided to go, and to resume teaching. “What if the occupation lasted years?” Overedna said of her rationale. “Should the children not go to school?”

She said she didn’t see the Russian curriculum for second grade as particularly politicised.

Yes, it was in Russian rather than Ukrainian and she was instructed to teach two Russian poets, Korney Chukovsky and Mikhail Prishvin.

Otherwise, she said, “It was just a teachers’ conference,” like countless others she attended over the years. “My goal was to survive,” she said. “To survive the winter, I would need to eat. To eat, I would need to work. To work, I had to go to the conference.”

Overedna said she did not actually instruct Ukrainian children in the Russian curriculum; the Ukrainian offensive began before her school opened.

And she does not consider her willingness to teach a crime.

“Teaching is my calling,” she said in an interview in her apartment, a darkened, cluttered space filled with boxes of canned goods.

There is no electricity and to prepare meals she cooks on a campfire in the courtyard.

Through the hardships, she longed to return to the normality of the school year, she said. “I cannot imagine myself not in a classroom.”

Now, she said, “people are talking about who was a collaborationist, who worked for the enemy.”

She added, “And now everybody says, ‘You are an enemy of the people.’ “