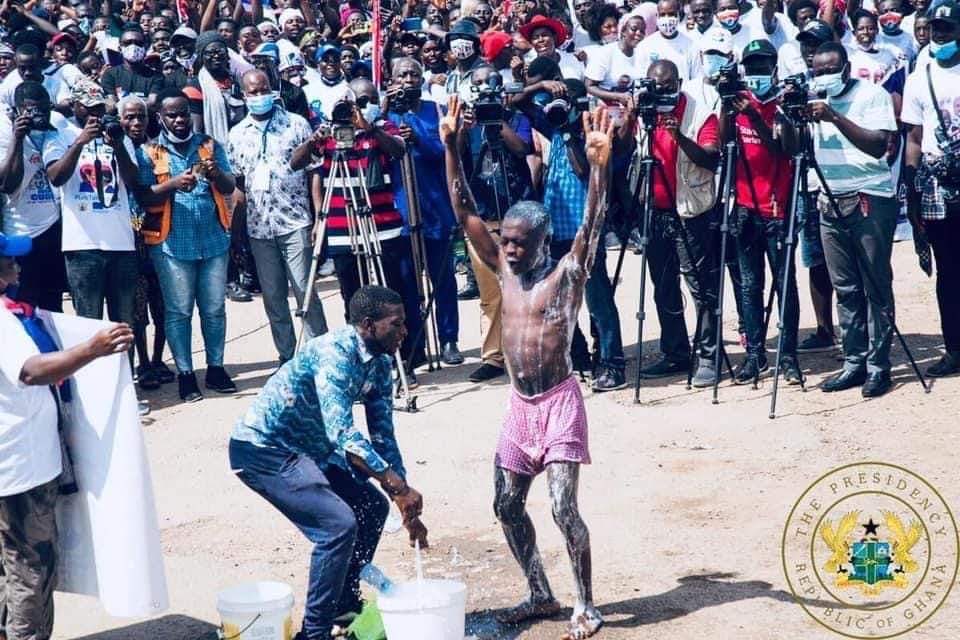 The Community Water and Sanitation Agency (CWSA) Ghana has denied the Auditor-General’s reports about some misappropriation of funds that were allocated for free water during the COVID-19 pandemic.

Government at the height of the coronavirus pandemic provided free water between April and December 2020.

The Auditor-General in his Covid-19 report raised questions about the payment of GH¢37,609,791.71 as the cost of free water supplied by the NGOs and private water operators.

Responding to the report by the A-G, the CWSA emphasised that due diligence had been carried out by the agency in their approach used to determine payments to their various providers, prior to the directives issued by the President on April 5, 2020.

“Based on the auditor’s report, CWSA has not been implicated in any way and due diligence was observed prior to the implementation of the President’s directive,” the statement disclosed.

The CWSA’s response comes as a follow-up on the Auditor-General’s report on  COVID-19 transactions for the period March 2020 to June 2022, in which the agency was asked to take immediate steps to assess an impending unvalidated payment of GH¢14.7 million in Covid-19 expenditure.

Also inherent in the report was the Auditor-General’s revelation that, per his assessments, “there were no actual water bills generated and submitted to the Agency by the NGOs and Private Individual Water providers to support their claims.”

It was thereby recommended that the agency settle the outstanding amount of ¢14 million using actual invoices rather than projected bills.

Meanwhile, the CWSA has stepped forward to address some of the concerns regarding the specifics of payment.

The organisation indicated that a national team was convened to vet all data from the regions before submission to the Ministry of Sanitation and Water Resources for payment to be made.

However, it was acknowledged that the committee noticed some challenges, some of which included; inconsistencies in the format presented, inaccurate water consumption data, non-submission of bills by some communities and providers and delayed submission of bills from water providers, amongst others.

The CWSA complimented its Chief Executive Officer for upholding the organization’s position on validating all supplied data and claims to service providers despite the aforementioned difficulties.

The statement further explained that the agency’s “Chief Executive has shown his commitment to due process and did not yield to pressure from service providers to pay for unvalidated claims.”