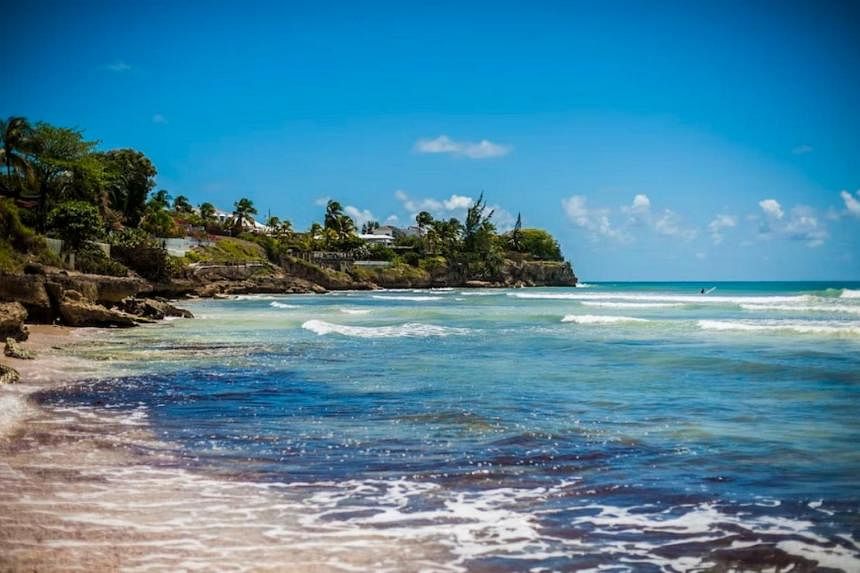 WASHINGTON – Barbados is spinning US$150 million (S$212 million) of its sovereign bonds into cheaper debt with the help of a US charity, with plans to use the savings to protect its ocean.

The island nation, known for its white-sand beaches, has struck a deal to buy back a portion of its US$531 million bond due in 2029, replacing it with lower-cost debt that comes with repayment guarantees from The Nature Conservancy and the Inter-American Development Bank. As part of the deal, the nation is also buying back a portion of its 8 per cent local-currency notes due 2043.

It’s a move that should free up about US$50 million over the next 15 years – money that will be used to expand official protections in Barbados’ coral reefs and other ocean environments, according to the Arlington, Virginia-based Nature Conservancy, which focuses on climate change and biodiversity protection.

“This is a game changer,” said Prime Minister Mia Mottley in a statement. The “climate crisis is one that requires the urgent action of all. While we continue to push and wait on the international community at large to treat this situation as a matter of priority, we in Barbados have taken action of our own.”

The deal is reminiscent of Belize’s move away from public debt markets last year, as well as a 2016 project in the Seychelles that has allowed the island to put US$430,000 per year toward marine conservation, according to The Nature Conservancy.

For Barbados, the transaction allowed the nation to repurchase US$77.6 million of its 6.5 per cent 2029 US dollar bonds at a discount of 92.25 cents on the dollar, as well as the equivalent of US$72.9 million in 2043 Barbados dollar-denominated E-series bonds, according to the country’s Ministry of Finance, Economic Affairs and Investment. The international note was little changed on Wednesday, though it has fallen 5.6 cents this year to 94.9 cents on the US dollar, according to data compiled by Bloomberg.

The eastern-most Caribbean nation has been hammered in recent years as the pandemic kept tourists at home, which caused its economy to contract by 18 per cent in 2020. Even before Covid, the island was troubled. It had been struggling for years amid competition from less pricey Caribbean tourism destinations, crumbling infrastructure and a currency pegged to the US dollar. After Mottley took office in 2018, she opted to restructure the island’s ballooning debt, which had reached over 175 per cent of gross-domestic product, according to government calculations.

Climate change has also had a major impact on the island. The deal will require Barbados, which has virtually no protected marine areas, to eventually protect 30 per cent of its coastal waters.

The idea of debt-for-nature swaps has been around for decades, with the United Nations putting the value of debt-for-climate and nature agreements at over US$2.6 billion from 1985 to 2015 – though most of that was during the 1990s.

Still, there’s been a clear push to repopularise the structure as part of a broader campaign to realign finance with the protection of the natural world.

Barbados has committed to direct the interest savings toward a trust overseen by government officials, The Nature Conservancy and private and non-government entities, that will divvy out money based on local environmental issues. An endowment will keep the trust funded for at least 15 years.