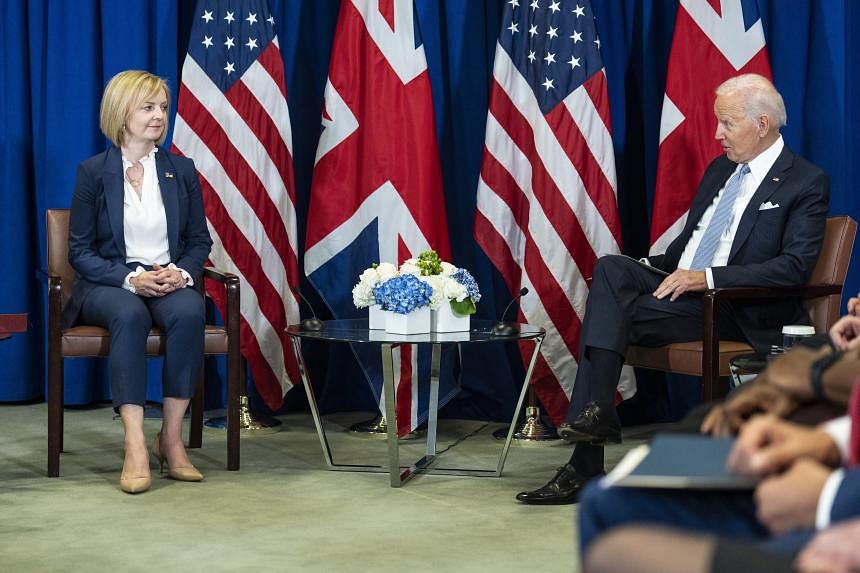 Both leaders said during their first in-person meeting on Wednesday that they would also discuss the thorny, unresolved issues related to post-Brexit trade and the Irish border – with each affirming support for the Good Friday Agreement.

“I look forward to working closely with you, our closest ally in the world – and there’s a lot we can do, continue to do together,” Biden said.

The US president said he and Truss were both “committed to protecting” the Good Friday Agreement in Northern Ireland and that aiding Ukraine and countering China also were on the agenda.

Truss said she was eager to work with the US in making sure that “we are supporting the Ukrainians in their fight for freedom.”

“We want to work more closely with the United States, especially on energy security, on our economic security, but also reaching out to fellow democracies around the world to make sure that democracies prevail,” she said.

The meeting on the sidelines of the United Nations General Assembly occurred hours after Russian President Vladimir Putin announced a “partial mobilisation” of 300,000 reservists, marking a major escalation of his Ukraine invasion.

Putin’s forces have suffered significant battlefield losses in Ukraine, raising pressure on the US, UK and their allies to step up defence assistance to Kyiv to allow it to press its advantage.

At the same time, Putin in a Wednesday address again raised the spectre of using nuclear weapons in the conflict and has threatened to cut off energy exports if allies impose a price cap on its oil.

Rising prices linked to the war have triggered an unprecedented energy crisis, which will test the resolve of allied nations to keep up their pressure campaign on Russia through what is expected to be a tough winter.

The meeting is also a chance for Biden and Truss to form a stronger personal bond and cool simmering tensions over trade and Northern Ireland.