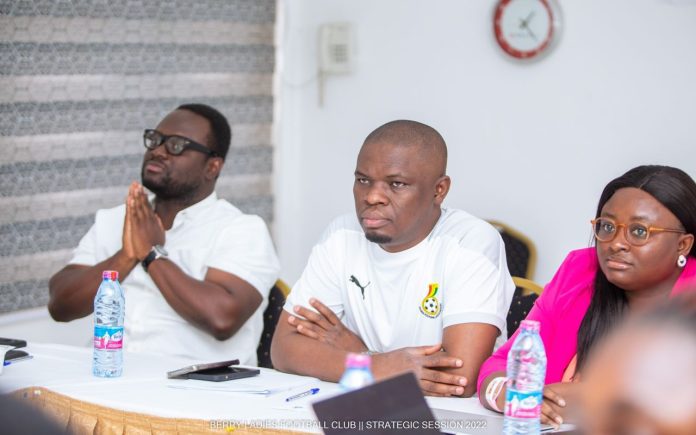 Mr. Mustapha Ussif The Minister of Youth and Sports, has called on Ghanaian supporters to render their unflinching support to the Black Stars as they take on nemesis Uruguay on Friday.

Ghana would battle Uruguay in the final Group H encounter at the Al Janoub Stadium for a ticket to the knockout stage of the FIFA World Cup in Doha, Qatar.

Addressing the supporters in Doha after Ghana’s hard-fought win over South Korea on Monday, the hard-working sector Minister appealed to the die-supporters to continue their unconditional show of love to edge past the two-time world champions to keep Ghana’s world cup campaign on track.

“We appreciate your support from day one. In our game against Portugal, even when we were down, the supporters were still cheering up the team. We are grateful for your unconditional support. We need your support on Friday to be able to get to where we want to be,” he said.

However, Mr. Ussif cautioned the supporters against reselling tickets which can end them in jail.

“I want to appeal to you that the police and security agencies are always at the various stadia monitoring things. We have tried to get you tickets. We don’t want any of you to go out and sell the tickets we have given you,” he warned.

The Youth and Sports Minister disclosed that some Ghanaians have been arrested over the reselling of tickets and would be arraigned before court.

“So far, the authorities have arrested some people and they’ll be taken to court. They have sent the evidence to the ambassador. We don’t want anybody to fall into this. We will ensure that everyone has a ticket to access the stadium. Protect your tickets, don’t lose it for anybody to pick it to go and sell,” he said.