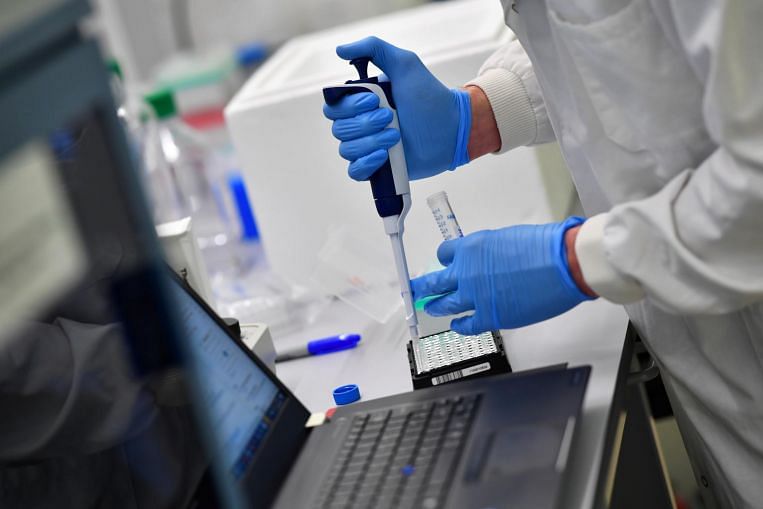 LONDON (BLOOMBERG) – Britain is setting up a Covid-19 testing centre aimed at speeding up the deployment of vaccines tailored to tackle new coronavirus variants.

The government will invest £29.3 million (S$54 million) in “state of the art” laboratories at the Porton Down military research facility to assess the effectiveness of existing and new vaccines against variants of concern, the Health Department said in an emailed statement.

The extra funding means scientists will be able to test 3,000 blood samples a week, up from 700 now, in order to measure the level of antibodies to Covid-19 generated by the vaccines.

British Prime Minister Boris Johnson wants to reopen all sectors of Britain’s economy from June 21, amid dramatic falls in infection rates and deaths from coronavirus in recent months.

But scientists have warned of a potential resurgence of the virus later in the year when more people are mixing indoors again. Any rise in cases makes it more likely for Covid-19 to mutate and form a new variant that could be partially resistant to vaccines, which could result in further shutdowns.

The government last week announced it had bought an extra 60 million doses of the vaccine produced by Pfizer and BioNTech to form part of a booster programme starting in the autumn. The booster shot will be made available to people over 50 and with underlying health conditions, The Times newspaper reported on Wednesday citing unidentified sources.

While early evidence suggests that existing vaccines are effective against variants including those first identified in Kent, southeast England, and South Africa, the British government is working with pharmaceutical companies to ensure vaccines protect against current and future mutations.

“Our vaccination programme has so far saved thousands of lives, but it’s vital we put in place robust support for the program for the future,” Vaccine Deployment Minister Nadhim Zahawi said in the statement.

More than 50 million Covid-19 vaccine shots have been administered in Britain so far, including 15.6 million second doses.

The new funding comes on top of £19.7 million pledged last year for the new facilities at Porton Down, taking total investment to £49 million.