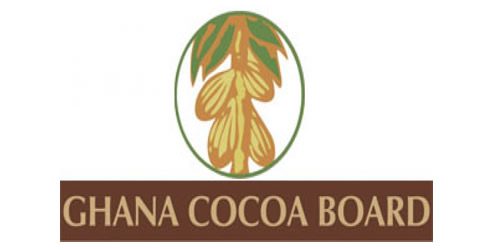 The Ghana Cocoa Board (COCOBOD) has concluded its week-long celebration of this year’s Cocoa Day at Suhum in the Eastern Region by assuring cocoa growers that a new cocoa price will be announced next week.

Speaking during the event, Mr Frimpong Yaw Addo, Deputy Minister of Food and Agriculture, stated that the Minister of Food and Agriculture has expressed the need to improve the living standards of cocoa farmers and that the Producer Price Review Committee of COCOBOD was working on a new cocoa price for the 2022/2023 opening season in October next week.

He stated that Ghana’s agricultural sector is more vibrant than ever because of the country’s adoption of multi-sectorial approaches and programmes that have significantly increased food supply and raw materials for both local and global markets.

According to the Ghana Statistical Service Report, the agricultural sector contributed 18.5 percent of the overall GDP in 2020, with cocoa accounting for 1.8 percent.
As such, the government has been making efforts to diversify Ghana’s cocoa sector to reduce its over reliance on revenues from the export of cocoa.

Mr Addo stated that the Ministry of Food and Agriculture, through the Tree Crop Development Authority, was considering other tree crops such as cashew, shea, mango, coconut, rubber, and oil palm to ensure a balanced and secure production focus.

In response to the President’s directive for a roadmap to explore the untapped potential in the coffee and shea sub-sectors to streamline both crops in the agricultural value chain, the Ministry stated that it was working closely with COCOBOD to institutionalise them to ensure they generate much-needed revenue equivalent to what cocoa generates annually.

“I am confident that when the modalities are finally firmed up, we shall see the birth of yet another division of COCOBOD that will primarily invest in the cultivation of the two crops,” he stressed.

The theme of the Cocoa Day celebration was “COCOBOD at 75: Sustaining our environment, wealth, and health.” It was established in 2005 and is observed on October 1 every year to recognise the contributions of cocoa farmers to the Ghanaian economy and to raise awareness about the health and nutritional benefits of cocoa.

Various news outlets have been reporting on a soon-to-be-implemented new rule in Europe that has the potential to render Ghana’s cocoa and coffee unsuitable for export to many European markets, according to Mr. Joseph Boahen Aidoo, Chief Executive Officer of Ghana COCOBOD.

He said, while working to increase local processing and consumption to reduce reliance on international buyers for cocoa beans, there was a need to realign cocoa and coffee interests with those of European markets to avoid dire consequences for Ghana’s cocoa and coffee production.

He stated that COCOBOD was implementing a number of productivity enhancement programmes and other initiatives aimed not only at increasing production but also at promoting safe environmental practices.

“Our campaign against illegal mining, deforestation and the use of child labour on cocoa farms has fetched positive results, and it is our hope that with the Board’s current efforts to raise the incomes of farmers through the Living Income Differential pricing mechanism as well as the massive support of the gallant farmers and other partners in the cocoa fraternity, our activities will always be in line with the three pillars of sustainability – Economic Viability, Environmental Protection and Social Equity,” he said.

He also stated that the Board has approved the construction of an ultra-modern mechanised borehole for the people of Dawn of Life, a community in Akrabo in the Eastern Region dominated by thousands of cocoa farmers who have worked tirelessly, significantly contributing to cocoa output.

“Through this project, we support the realisation of Sustainable Development Goal six, which requires all persons to have access to clean water,” he said.

“As we aim at addressing the water supply needs of our farmers and their dependents, the scenario of our children having to walk to far locations to collect water every morning will be solved, thereby removing major bottlenecks such as child absenteeism. Its spill-over effects on basic education delivery in the area will also be addressed.”