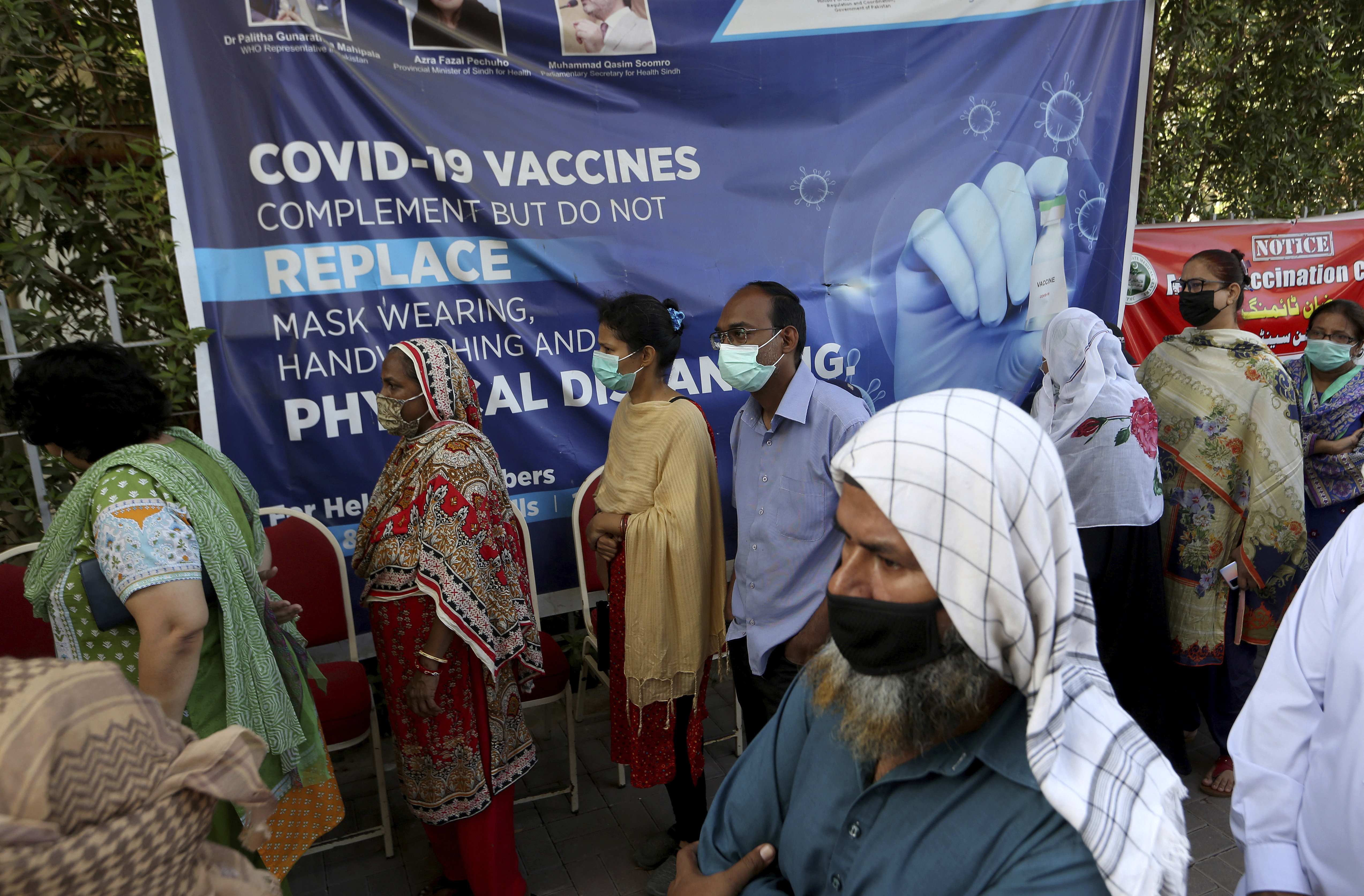 A coronavirus variant first discovered in the United Kingdom now accounts for up to 70 per cent of COVID-19 infections across Pakistan, a research centre studying the disease in the country said on Saturday.

The country has imposed strict nationwide restrictions in the lead up to the Muslim festival of Eid al-Fitr next week in a bid to control a spike in cases, including banning public transport over the holiday period.

“There is a 60 per cent to 70 per cent prevalence of the UK variant in Pakistan (today),” Professor Dr. Muhammad Iqbal Chaudhry, director at the International Centre for Chemical and Biological Sciences (ICCBS), University of Karachi, told Reuters, adding that this figure was 2 per cent in January.

The ICCBS works on COVID-19 samples and provides research and data to the government.

The “UK variant,” known as B.1.1.7 and first identified in Britain late last year, is believed to be more transmissible than other previously dominant coronavirus variants. Chaudhry added, however, that it was yet to be established if the variant was more deadly.

He also said a variant found in neighbouring India, which has seen a massive surge of cases in recent weeks, had not been detected in Pakistan yet, but that was because they did not have the kits needed to detect the variant, named B.1.617.

The kits to detect the variant had been ordered and would soon arrive in the country, he said.

2:33 Coronavirus: U.N. official says COVID-19 pandemic has revealed ‘inequality among and within nations’

Chaudhry said there was a high possibility that the variant had already reached Pakistan since the diasporas of the two countries interact closely in Gulf states.

Pakistan has seen a daily death toll of more than 100 in recent weeks. Officials are worried the strained healthcare system could reach a breaking point if more contagious coronavirus variants begin to spread, as has happened in India.

The country has recently stepped up its vaccination drive, inoculating around 3.3 million people. On Saturday it received its first batch of 1.2 million vaccine doses under its COVAX quota.