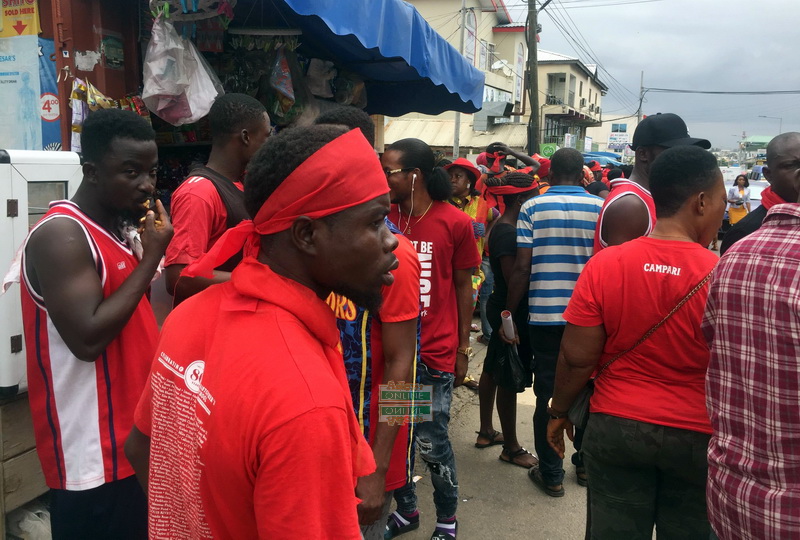 The Ghana Railway Development Authority has debunked claims it has sold a land housing its warehouse at CMB in Accra.

It follows concerns raised by traders in the area who have been asked to vacate the area to make way for the construction of stalls.

The troubled traders, who besieged Adom FM’s studio, alleged that the land has been sold to a private developer linked to the ruling New Patriotic Party.

But acting Chief Executive Officer (CEO) of the Ghana Railway Development Authority, Yaw Owusu, said the land has not been sold.

Speaking on Adom FM’s morning show, Dwaso Nsem programme Wednesday, he asked the traders to treat such rumour with the contempt it deserves.

“Ghana Railway lands are not for sale; we only lease our lands and we tell them not to build permanent structures on it so this is coming to me as a surprise,” Mr Owusu noted..

As an immediate measure, the Ghana Railway Development Authority acting CEO said he has tasked some of his workers to investigate the matter for appropriate action.

Mr Owusu assured the traders not to panic because they have not sold the land to any private developer.

The leader of the traders, Kojo Frimpong, heaved a sigh of relief after the Railway Authority CEO clarified the matter.

He said most of the traders were depressed and were thinking about how to repay their loans should they be ejected from the land.

“We thank the Railway CEO very much. We can now work in peace,” Mr Frimpong added.

Meanwhile, Assemblyman for the CMB Electoral Area, Fredrick Quansah, feared the assurance given by the CEO may not be enough security for the traders.

“Many railway lands have been sold under similar circumstances and traders were stranded so I don’t believe the CEO,” he said.

Mr Quansah has vowed to fight to prevent the sale of the land in the interest of the traders at CMB.