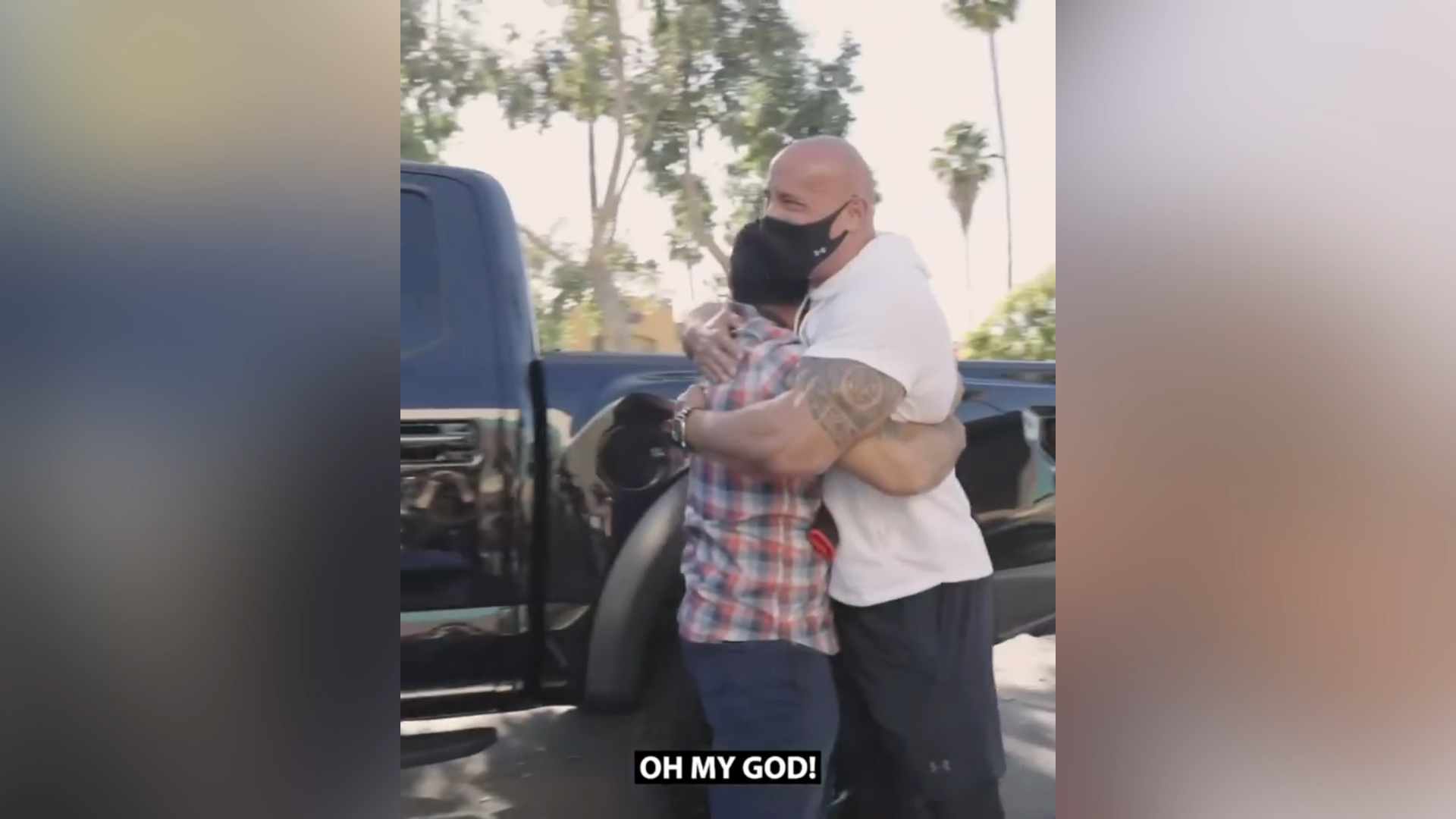 More proof that Dwayne “The Rock” Johnson’s heart is as big as his biceps.

In a heartwarming video posted to the movie star’s Instagram account Wednesday, Johnson shares how he gifted his beloved, custom truck to a very deserving navy veteran.

The Red Notice star, 49, wanted to give back to Oscar Rodriguez after learning all about how the veteran takes care of his family and vulnerable people in his community.

“Today was a good day,” Johnson wrote in the post’s caption. “Merry Christmas @coach_orod and enjoy your new truck. I invited fans to a special theater screening of RED NOTICE and I wanted to do something cool for all of them.”

The video shows the wrestler crashing the screening, delighting fans in the audience with promises of free concessions for all.

He then turns his attention to Rodriguez, whom he had collected intel about before the showing.

Johnson invites Rodriguez to join him at the front of the theatre and shares with the audience all the good Rodriguez does from the people he loves – caring for his mother, military service, volunteering in his church, and cooking meals for women fleeing domestic violence.

“Your story really moved me because I hear that you’re a personal trainer, you’re always keeping it positive and motivational and optimistic,” Johnson told Rodriguez in front of moviegoers.

When the movie ends, Johnson has one more surprise for the veteran.

Johnson’s “original idea was to give away the Porsche Taycan, that I drive in the movie, Red Notice. So we reached out to Porsche, but they said no. But I still said, yes 😉 I’ll do one better. I’ll give away my personal custom truck as the gift. My baby 😊.”

He brings Rodriguez over to the Ford truck and hands him a letter. “Thank you for your service, brother. Enjoy your new truck,” Rodriguez reads aloud, and collapses to the ground when he realizes what’s happening.

After Rodriguez drives off, Johnson turns to the camera: “His laundry list of caring credentials is pretty amazing, so it’s just an honour for me to give a little bit of joy to a dude who probably deserves a lot more than just my truck.”

Rodrigues shared a photo to Instagram, proudly posing beside his new whip.

Johnson commented on the photo with some further words of encouragement: “You’re a good man, brother. I’m so happy God & the universe connected our worlds. Keep doing great things!!”