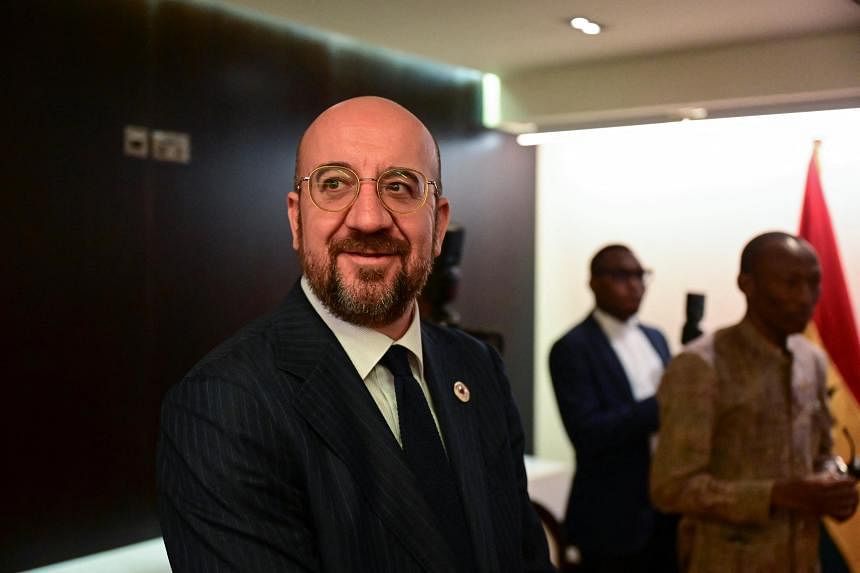 The official, confirming a report in the Financial Times, said the European Council president’s Dec 1 visit would be formally announced later Thursday.

The trip comes amid a lively debate between EU capitals as to how to handle relations with China, amid concerns over Beijing’s rights record, threat to Taiwan, trade pressure on some EU countries and support for Russia.

The United States is pushing its Western allies to align themselves against China, but some EU members with important trade links resist splitting world affairs into two camps.

Mr Michel walks a line between Germany, with its important economic interests in China, and EU members such as Lithuania, which has courted Beijing’s anger by building links with Taiwan.

EU capitals have also been concerned by China’s bond with Russia, even in the wake of Moscow’s invasion and bombardment of Western-backed Ukraine.

Earlier in November at an Asean summit in Phnom Penh, Cambodia just ahead of the Group of 20 summit at which Mr Xi met US President Joe Biden, Mr Michel urged Beijing to push Russia to respect international law.

“We encourage the Chinese authorities to use all the means at their disposal to convince Russia to respect internationally recognised borders, to respect the sovereignty of Ukraine,” Mr Michel said at the time.

Also in November, in an incident that underlined the tensions between Brussels and Beijing, a speech that Mr Michel had been scheduled to broadcast at a Chinese trade fair was cancelled.

European diplomats told AFP that China had sought to censor a video speech from Mr Michel for the China International Import Expo and that Brussels had preferred to pull it.

One diplomat, speaking on condition of anonymity, said the authorities had wanted to censor all reference to the war in Ukraine, a sensitive issue for Beijing.

China seeks to position itself as neutral over the conflict but has offered diplomatic backing to its strategic ally Russia.