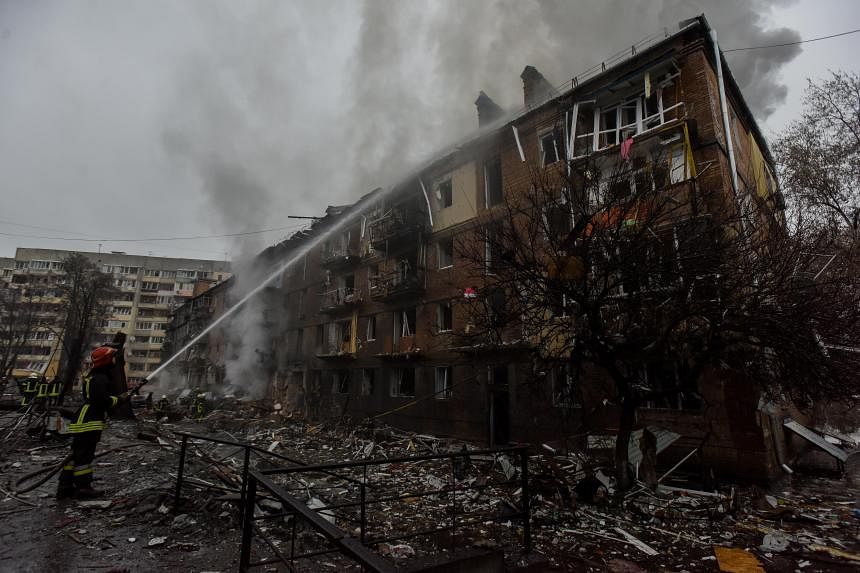 STRASBOURG, France – The European Parliament website was hit by a cyber attack claimed by pro-Russian hackers on Wednesday shortly after lawmakers approved a resolution calling Moscow a “state sponsor of terrorism”.

“The European Parliament is under a sophisticated cyberattack. A pro-Kremlin group has claimed responsibility,” the parliament’s president, Roberta Metsola, posted on Twitter.

“Our IT experts are pushing back against it and protecting our systems. This, after we proclaimed Russia as a State-sponsor of terrorism. My response: #SlavaUkraini (Glory to Ukraine).”

Spokesman Jaume Duch said the parliament website had been targeted by a “DDOS attack” designed to force high levels of outside traffic onto the site’s server, disrupting the network.

Another source at the parliament, speaking on condition of anonymity, said the attack was the “most sophisticated in recent history” to target the institution.

The parliament’s website went down shortly after EU lawmakers voted overwhelmingly to recognise Russia as a “state sponsor of terrorism” over its attacks on Ukraine.

European Pirate Party MEP Mikulas Peksa said “there are reports that the pro-Russian hacking group Killnet has claimed responsibility for the attack”.

“If these reports are true, this is a massive attack on European democracy that will require further action,” he said.

Killnet has in the past claimed attacks on US government websites and said it has taken action against other countries opposed to Russia’s invasion of Ukraine.