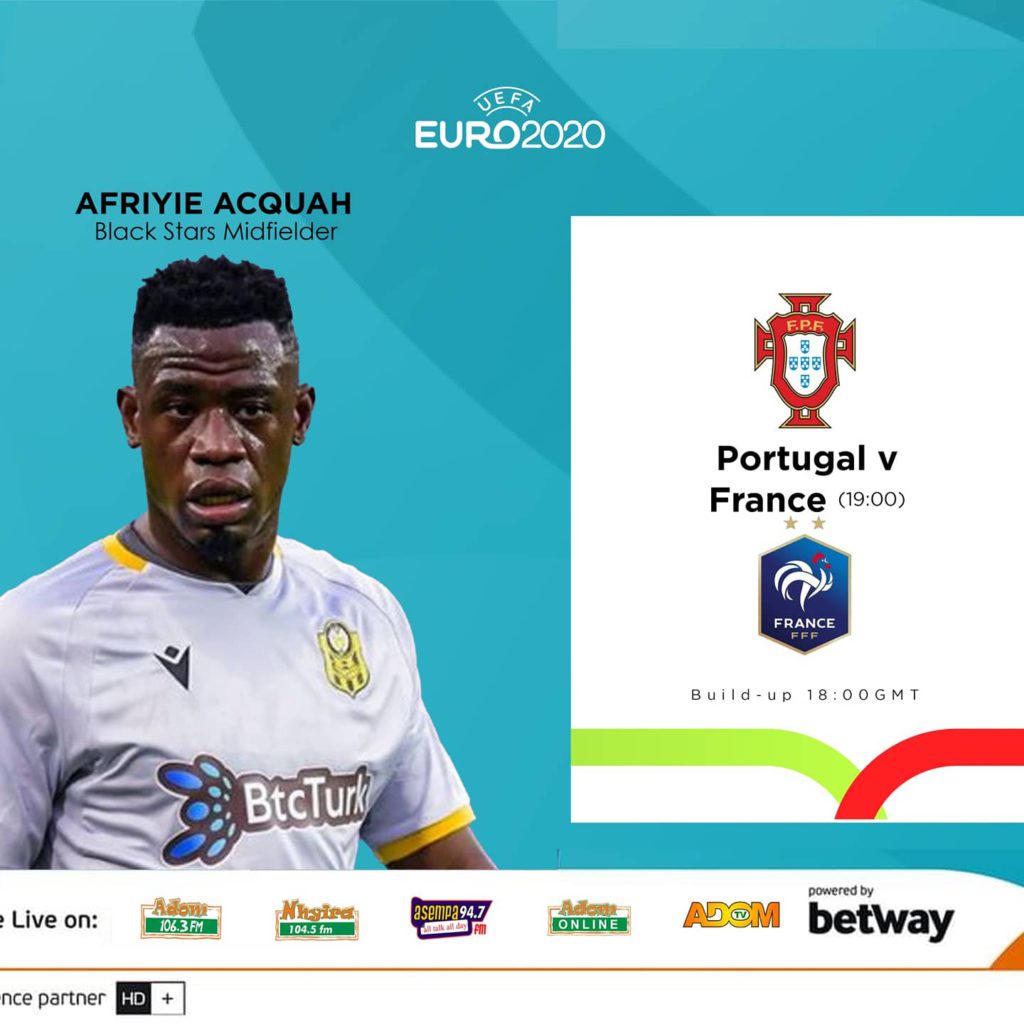 The game has been scheduled to kick off at 19:00GMT with a pre-match discussion set to start at 18:00 GMT on Adom TV, Adom FM, and Asempa FM.

Adom TV, Adom FM, and Asempa FM have served the public with some exciting games in the ongoing EURO tournament.

The game has been touted as a reunion of the 2016 finals in Paris, where Eder scored a stunner for Portugal to win the ultimate.

Ahinful, a former Black Stars striker, will make his maiden appearance on Adom TV’s Euro 2020 coverage, bringing to bear, his years of experience of playing in Euro.

Acquah, who played in the 2014 World Cup in Brazil and has now signed for Saudi side, Al Batin will also join the team for the game.

Afriyie Acquah will also come with his knowledge from playing in Italy for a large part of his career.

Kwadwo Mensah Moshoosho will be the host of the game.