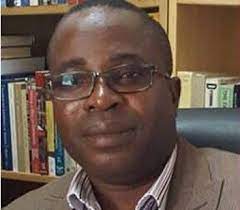 He said this could be done by ensuring that critical sectors of the economy were controlled by Ghanaians while foreign investment was regulated to benefit the state.

“This needs to be deliberate and systematic as was done in Post-War Japan.For example, transnational companies should be welcome to invest in the Ghanaian economy, but their investment should not just serve their profit-making imperatives,” he said.

Prof Mawuko-Yevugah made the call in Accra at a lecture on the topic: ” COVID-19 Pandemic, Russian-Ukraine War and Ghana’s Economic Crisis.”

Ghana and other African states, he said, should negotiate with these companies to transfer technology, to reinvest their profits in the domestic economy rather expatriating them, and to invest in, not just the upstream aspects of extractive industries, but also in mid-to-downstream activities.

He said there was no contestation of the fact that Covid-19 and Russia-Ukraine war contributed to Ghana’s current economic crisis.

The Professor stated that the neo-liberal, free market and capitalist development approach which have been pursued since the 1980s had not resulted in a resilient economy, capable of withstanding periodic global economic tremors.

“It requires complete overhaul and restructuring of the economy, making it less dependent on global markets and the benevolence of bilateral and multi-national donors and private equity markets.

He said the country’s economic crisis was manifested in rising inflation, rising budget deficits, ballooning and unsustainable debts levels, precipitous depreciation and fall in the value of the local currency relative to the major foreign currencies.

The Professor said the Russia-Ukraine war had resulted in rising global oil and food prices, and affected Ghana as well.

These adverse developments have contributed to slowing economic growth, accumulation of unpaid bills, a large exchange rate depreciation, and a surge in inflation.

On the African scene, he said the first time in nearly three decades, Africa’s Human Development Index dropped and that millions of Africans lost their jobs; some 50 million were projected to be pushed into extreme poverty.

“Expenditure controls are required including a stringent public financial management system and reviewing the public or political incentive system, ” he said.

Professor Anthony Sallar, Executive Director, Think Progress Ghana, said the aim of the think tank was to bridge the gap between intellectuals, researchers, politicians and policymakers.

He said TPG relied on the experience and expertise of renowned scholars from diverse disciplinary and professional backgrounds to provide fit-for- purpose solution to challenges in economic, social, cultural, political, and health issues.