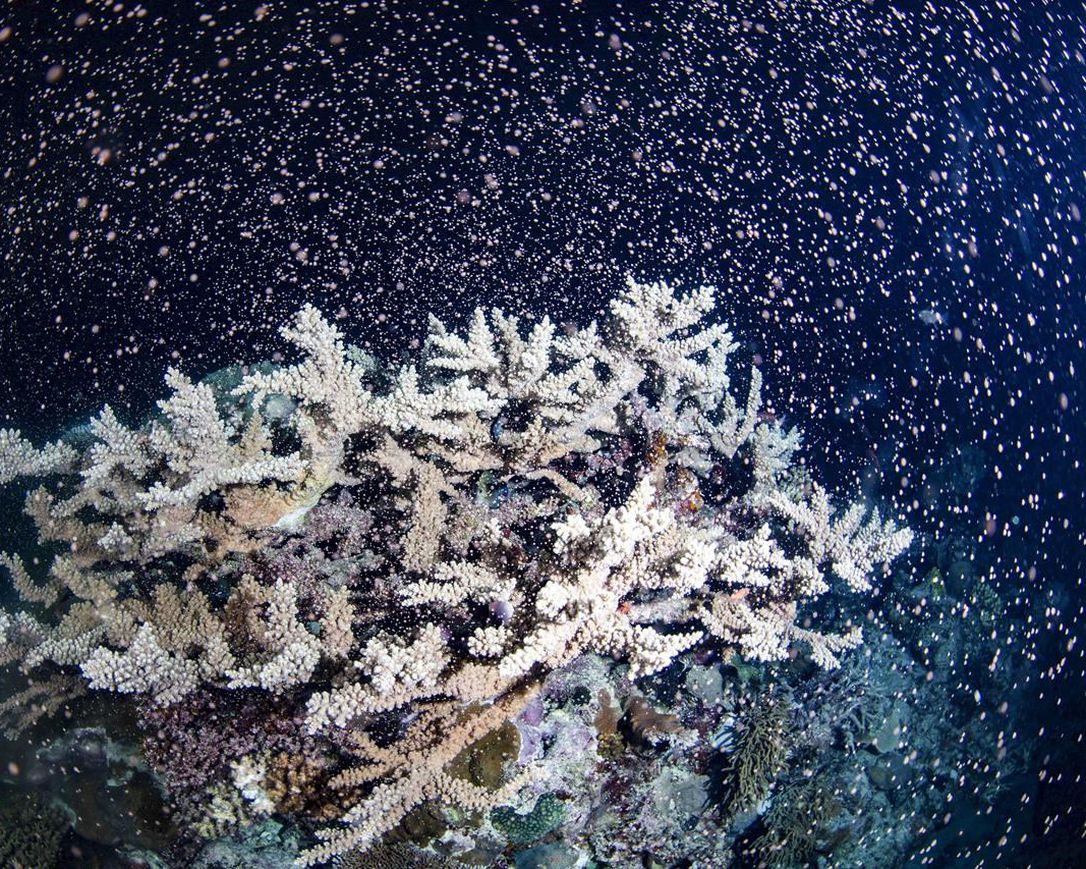 By Staff The Associated Press

Australia’s Great Barrier Reef is spawning in an explosion of color as the World Heritage-listed natural wonder recovers from life-threatening coral bleaching episodes.

Scientists on Tuesday night recorded the corals fertilizing billions of offspring by casting sperm and eggs into the Pacific Ocean off the Queensland state coastal city of Cairns.

The spawning event lasts for two or three days.

The count down is on! In a dazzling display, just after a full moon, the @gbrmarinepark comes alive with the spectacular annual synchronised coral spawning. Get involved in citizen science by sharing your #coralspawning2021 sightings: https://t.co/stpeKc8H31. #LovetheReef pic.twitter.com/6aUprIJNcT

Gareth Phillips, a marine scientist with Reef Teach, a tourism and educational business, is studying the spawning as part of a project to monitor the reef’s health.

Corals fertilize billions of offspring by casting sperm and eggs into the Pacific Ocean off the Queensland state coastal city of Cairns, Australia on Nov. 23. Gabriel Guzman / The Associated Press

“It is gratifying to see the reef give birth,” Phillips said in a statement on Wednesday. “It’s a strong demonstration that its ecological functions are intact and working after being in a recovery phase for more than 18 months.”

“The reef has gone through its own troubles like we all have, but it can still respond — and that gives us hope. I think we must all focus on the victories as we emerge from the pandemic,” Phillips added.