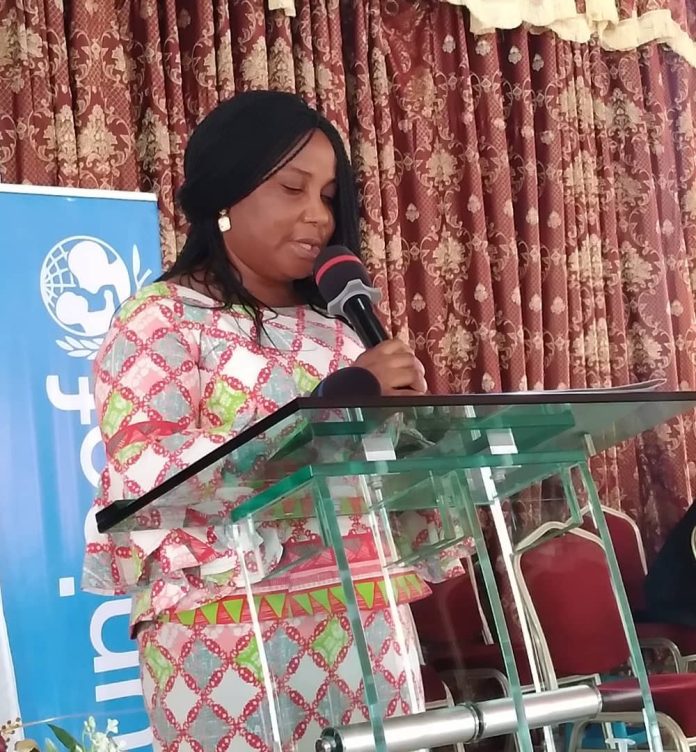 Mrs Stella Kumedzro, Volta Regional Environmental Health Officer (REHO) has called on Ghana and Africa to institute pragmatic measures to change the narrative and break the vicious cycle of diseases plaguing the continent due to poor sanitation.

She said a report by the Center for Disease Control indicated that every one Dollar invested in Water, Sanitation and Hygiene (WASH) interventions gave a return of 4.3 Dollars in the form of reduced healthcare cost, reduced pollution of land and water resources and gains in quality of life.

Mrs Kumedzro said a total of 3.6 billion people globally were still living with inferior quality toilets that affected their health and polluted their environment and that such poor practices were linked to the transmission of diarrheal diseases such as cholera, dysentery, typhoid.

She said the subject of toilets and sanitation had been surrounded by silence in “our respective communities making it seem a taboo to discuss, however, we face a global sanitation crisis if these issues are not given the necessary attention they deserve.”

Mrs Kumedzro, who was the guest speaker at this year’s World Toilet Day celebration in Ho, in the Volta Region said investing in water and sanitation interventions had great economic and environmental benefits, improved quality of life and general health.

The Environmental Health Officer underscored the need for every household to have access to a toilet connected to a sanitation system that effectively removed and treated human waste.

She said the data from the 2021 Population and Housing Census (PHC), showed that Volta Region had a household population of 491,373 out of which 285,180 own and use latrine, representing 54 per cent.

She said for the Region to be able to meet the Sustainable Development Goal, the Region and Ho Municipality needed to facilitate the construction of 29,415 and 4,538 household latrines respectively every year till the year 2030.

Mrs Kumedzro admonished households in the Region to take advantage of the grace period of education, sensitization and behavior change activities put in place to fast-track construction of their toilet facilities to avoid prosecution.

She said the Region and the Assemblies would soon start full enforcement of the law by prosecuting householders without latrines in their homes, saying inadequate sanitation systems spread human waste into the country’s water resources thereby contamination them.

Mrs Kumedzro disclosed that the Region had and was still receiving support from some development partners such as UNICEF, PLAN Ghana, LAHTI CSOs to promote the construction of durable and resilient household and institutional latrines.

“The Ho Municipal Assembly through the support of the Netherlands Government has put up a liquid waste treatment facility in Akrofu which will receive and treat dislodged faecal matter from septic tank.”

The facility, she said, would end the menace of indiscriminate dumping of sewage at unauthorized places due to the unavailability of approved dumping sites for liquid waste.

Mrs Kumedzro commended Ho Mawuli Estate for attaining Open Defecation Free Status and for being the first community to attain this status under the Urban Sanitation Programme in Ghana.

Mr Divine Bosson, Ho Municipal Chief Executive (MCE) said “maintaining good sanitation in our respective communities is a collective responsibility which we must all embrace.”

He said they were not leaving any stone unturned in transforming Ho to be the Oxygen City as this “is our pride and gives us identity” and called on all and sundry to come on board to make it a reality.

This year’s celebration was on the theme: Making the Invisible Visible.”