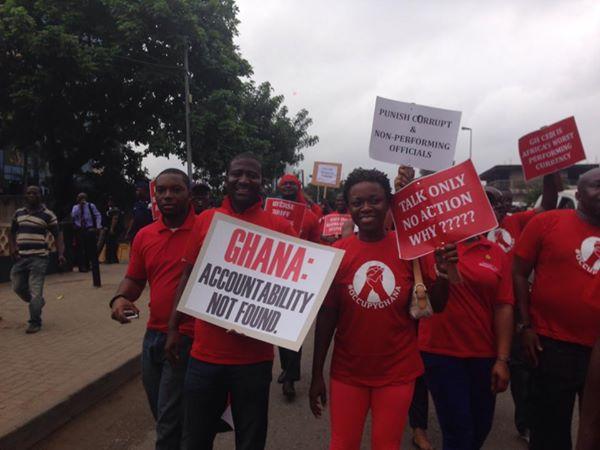 Senior Vice President of IMANI Africa says he has no regrets participating in the ‘OccupyFlagstaffHouse’ protest against the Mahama-led government in 2016.

Kofi Bentil said the protest which was born out of frustration saw citizens come together to hold government accountable on issues pertaining to governance and administration of the country.

The July 1 2014 demonstration, despite the backlash, according to him, led to a major reforms in the country.

“I am absolutely happy with what we did that day and I tell you that day we are still feeling the repercussions from that day,” he told Samson Lardy Anyenini, host of Newsfile on JoyNews, Saturday.

Mr Bentil said although they were mocked like the ‘FixTheCountry’ organisers their demonstration “had such a huge impact and many people still blame us for the regime change and all those things, if you ask me how I feel, I am absolutely happy with what we did. If we are asked to do it again we will do it again.”

The protest dubbed OccupyFlagstaff house started on social media and later took to the streets of Accra with demonstrator’s cladded in red and black demanding government to solve corruption, infrastructure decay, worsening economy, the deteriorating economic conditions in the country, among other things.

The match started at the Efua Sutherland Children’s Park and subsequently moved to the Flagstaff House and present their petition to the president John Dramani Mahama.

Casting his mind back to that day, Mr Bentil noted that the mobilisation of citizens through the use of activism and advocacy by making their collective voices heard became a success, therefore, “Our country must develop a democracy that allows this.”

The legal practitioner further indicated that in a democratic state like Ghana, it is necessary for citizens to vent their spleens in a peaceful protest especially when they are dissatisfied with government’s performance.

In his view, it a constitutional right bestowed on every Ghanaians hence individuals who want their voices heard must not be prevented from protesting.

“Any country where people who feel this strongly can exercise their constitutional right to vent the way we did and any country which has passionate people who will put themselves up to protest in a peaceful manner is a good country and will not descend into chaos,” he said.