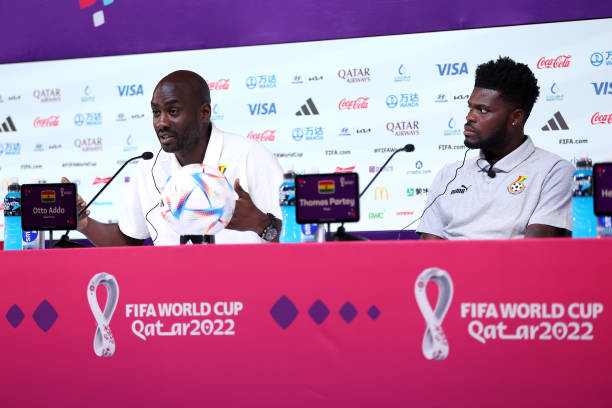 Ghana head coach, Otto Addo, says the Black Stars could be walking away with all three points if the players deliver the same performances as they have in the previous two games.

The Black Stars head into the final game needing to avoid defeat to stand a chance of progressing to the Round of 16 of the 2022 FIFA World Cup.

Ghana lost to Portugal in their opening game before overcoming a late scare from South Korea to register a win in their second game.

Delighted with the fighting spirit of the team, Addo has urged his players to keep the same momentum when they face Uruguay at the Al Janoub Stadium on Friday, December 2.

“I believe [Uruguay] don’t have a choice. They have to win, so I don’t think they have a choice playing more defensively,” he said during his press conference ahead of the game.

“We expect them to press high, to try to force and dictate the game. They know that a draw is not good enough for them. Surely there is no option than to attack.

“I believe it is also a chance for us because there will be gaps in their defence. We have to be strong. Surely we have to use the gaps which they will automatically leave and try to score.

“It’s going to be tight and tough just like the other matches at the World Cup but I am very confident if the players are at the same level as the last two games we will win.”

The game is scheduled for a 3PM kickoff with live telecast on Joy Prime TV.