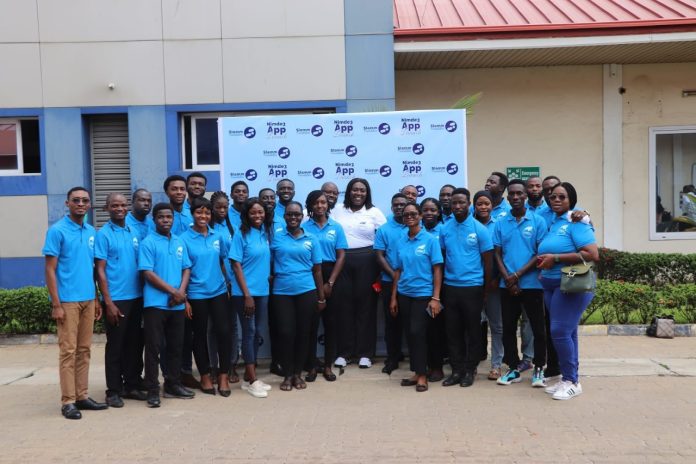 Slamm Foundation, the Corporate Social Responsibility arm of Slamm Technologies has introduced Nimde3, a free IT training mobile application that aims at providing on-demand IT lessons to individuals across the world, Ghana, and Africa.

The launch of the app followed Slamm Foundation’s pledge, two years ago to train one million Ghanaians and Africans in a range of topics including cybersecurity, IT fundamentals, social media, and PC repair to position them take advantage of the jobs of today and tomorrow.

Mrs Francisca Boateng, Executive Director of Slamm Foundation, said the training, which would be offered via several local languages would offer a wide variety of lessons to users.

The app is available to everyone and can be downloaded both on the IOS and on the Play store applications.

“We have classes from basic, intermediate and advanced levels and these classes can be taken in different languages ranging from, Akan, Dagbani, Ewe, Hausa, English, Spanish, French, Igbo and Yoruba,” she stated.

Parties within those categories and languages could access it in their preferred language and learn basic IT training.

Mrs Boateng said more languages would be introduced to increase participation and added that an audio version would also be introduced to serve the purpose of people who would prefer to listen to courses in their preferred languages.
“As time goes on, we seek to introduce more languages to increase the reach of people that can have access to the app. We are also coming up with an audio version, where users would not need to go through the normal activity but just listen and share with their friends and family,” she said.

Mrs Sheila Naah Boamah, Technical Advisor at the Ministry of Education, commended the Management of Slamm Technologies and the Foundation for the continuous effort in promoting digital inclusiveness.

She underscored the importance of the initiative, saying it would help bridge the digital literacy gap.

“This is a particularly good start, to have lessons in various local languages and I must commend management for this initiative. The Ministry is always interested in such initiatives because it helps in driving the overall goal of digital inclusiveness,” she added.

Mr Elikplim Baani, the Lead Developer of Digit, the App Developer, said the application was created in a user-friendly manner, allowing users to navigate easily to learn their registered courses without difficulties.

“The app is easy to use and navigate. Once the app is downloaded, you can easily access it by selecting whatever language you prefer and then you log in your details and then you can start with the classes, and that is from the basic to the intermediate then to the advanced level,” he said.

He said users could also choose to change the languages in which they prefer to learn even after registering with an initial language.

“The app is also designed in a way that even if you register in Ewe and you take a basic course or class, it is easier to change your language to maybe Dagbani or Spanish to continue with their class or course, it is that easy and accessible,” he added.

He said the app had also been created to allow users to recommend and make suggestions to the app developer to improve the application.

“There is a section that also gives users the opportunity to write down their suggestions and what they think can be done to improve the apps, so more like a review of the app,” he said.