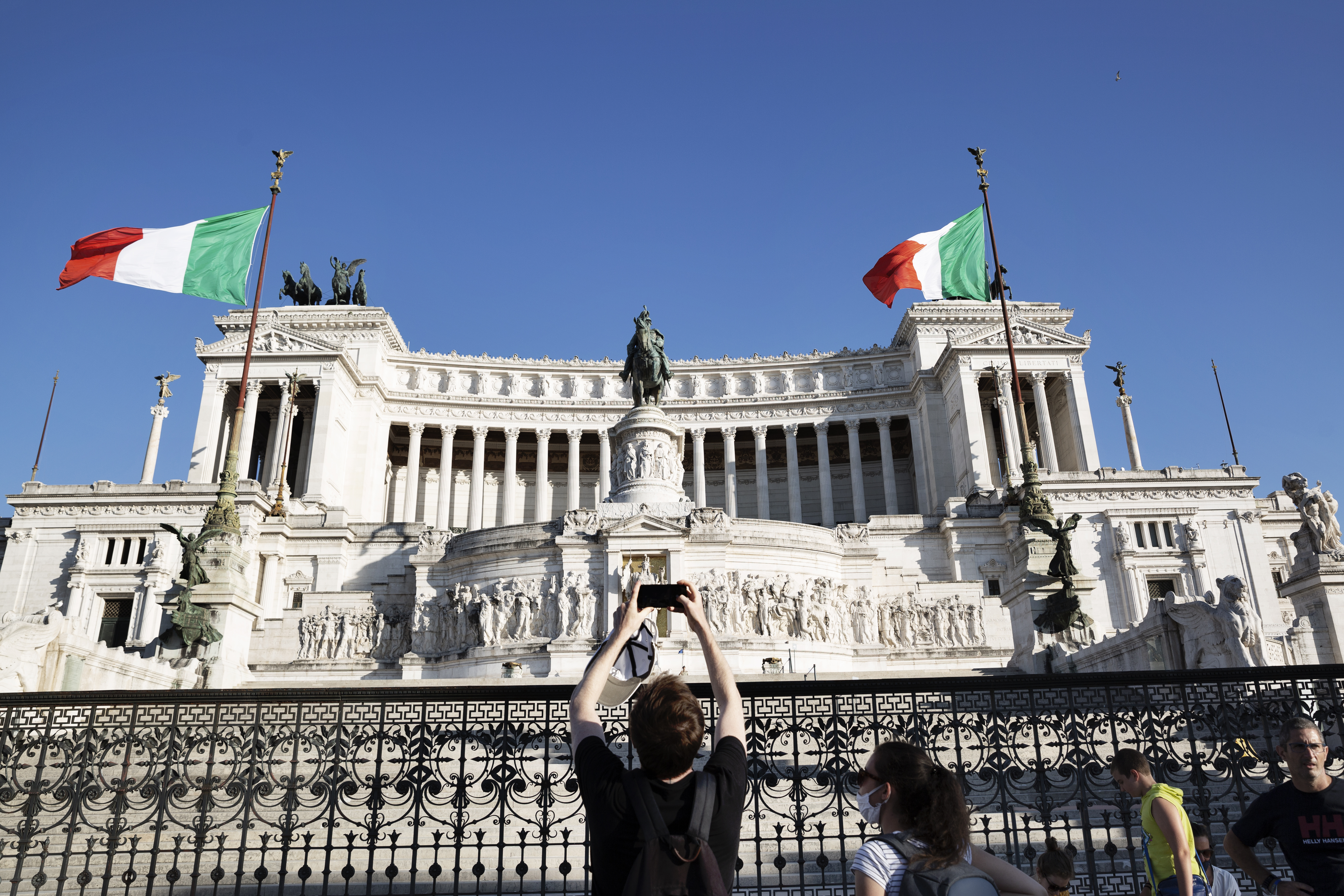 The Italian government, looking to contain a fresh surge in coronavirus cases, announced on Thursday that people would need to have proof of immunity to access an array of services and leisure activities.

The COVID Green Pass is a digital or paper certificate that shows if someone has received at least one jab, has tested negative or has recently recovered from COVID-19.

Health Minister Roberto Speranza told reporters that it would be required in many situations, including to enter sports stadiums, gyms, museums and trade fairs. It would also be needed to be able to eat indoors in restaurants.

Hundreds of people protested in Paris on Wednesday against the introduction of a health pass for some activities and against compulsory vaccinations for health workers as the government seeks to curb a fourth wave of COVID-19 infections in France.

From Wednesday visitors heading to museums, cinemas or swimming pools in France will be denied entry if they cannot produce the health pass showing that they have been vaccinated against COVID-19 or have had a recent negative test.

Some of the protesters waved banners that read “Freedom to choose” and “Hands off my natural immunity!”

“They want to force us to be vaccinated at any price. No, no, no,” Nathalie Labedade, a care home worker, told Reuters.

The health pass, previously only required for large-scale festivals or to go clubbing, will also be needed from the start of August to enter restaurants and bars and for long-distance train and plane journeys.

At the Louvre museum in Paris, the head of security, Servane de Landsheer, said the first morning of health pass checks had gone well, with most visitors having the document and those who did not agreeing to get a quick COVID test.

“I was really angry… I had no idea,” said Nelly Breton, 51, after being turned away from the Louvre as not enough time had elapsed since her vaccination for her pass to become valid.

“But then I calmed down and understood there were health reasons,” she said, adding that she would now look for a pharmacy to get a rapid COVID test.

With the highly contagious Delta variant now dominant in France, tougher measures are essential and new lockdowns cannot be ruled out, Prime Minister Jean Castex told TF1 television, adding that vaccination was the only way out of the crisis.

The introduction of the health pass – a QR code on your smartphone or on a piece of paper – is part of a wide-ranging bill which parliament will vote on this week.

The bill introduces some of the toughest anti-COVID measures in Europe, including mandatory vaccination for health workers and 10 days of self-isolation for those who test positive.

The sharp rise in infections makes the draft law necessary, the government says. Health Minister Olivier Veran said some 21,000 new COVID cases had been registered in the past 24 hours, up from around 4,000 new cases a day at the start of July.

2:15 France and Greece announce mandatory vaccinations for health workers. Will Canada do the same?

France and Greece announce mandatory vaccinations for health workers. Will Canada do the same? – Jul 13, 2021

Some 96 per cent of those who tested positive for COVID-19 on Monday had not been vaccinated, Castex said, adding that he hoped the number of people receiving their first shot would hit 50 million by the end of August, in a total population of 67 million. The figure stood at about 38.1 million as of Tuesday.

The new health pass, in particular, has proved hugely contentious. More than 100,000 people joined rallies across France last weekend against a pass they say infringes their liberties. More protests are expected in the coming days.

Police sources fear the rallies could escalate into the kind of large-scale protests staged by the anti-government ‘yellow vest’ movement, which caused major disruption for about two years before being curbed by the COVID lockdowns.

Read more: Reality check: No, Macron did not say those who refused vaccines should stay home

Holders of the health pass can remove their face masks once indoors – in a loosening of precautions criticized by epidemiologists – unless local authorities or the business itself decide otherwise.

Businesses which fail to check that their clients have the health pass could eventually face fines totalling thousands of euros, but the government said there would be a grace period, to give everyone time to adapt to the new system.

Regional prefects will be able to take further measures on a case-by-case basis, such as requiring businesses to shut earlier than usual or imposing the wearing of face masks outdoors – as has happened in recent days in areas with surging infections.