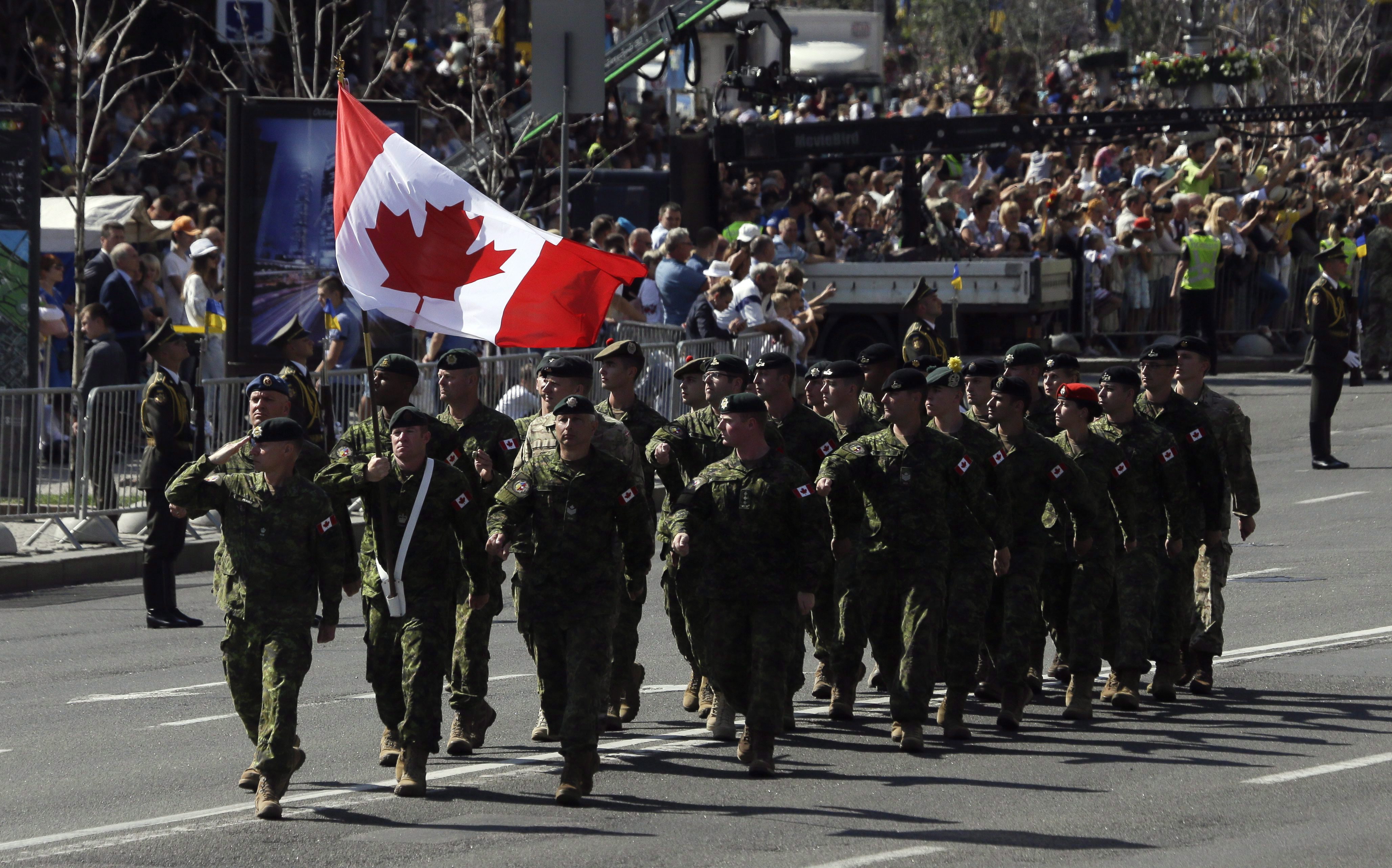 Canada’s minister of foreign affairs, Mélanie Joly, will meet Ukraine’s prime minister during a week-long trip to Europe as the spectre of a Russian invasion looms.

Joly will leave for Europe on Sunday and return to Canada on Saturday, Jan. 22.

“The amassing of Russian troops and equipment in and around Ukraine jeopardizes security in the entire region,” Joly said in a statement.

“These aggressive actions must be deterred. Canada will work with its international partners to uphold the rules-based international order and preserve the human rights and dignity of Ukrainians.”

In a statement to Global News, Global Affairs said Joly’s meetings will focus on “Russia’s aggression and ongoing destabilizing activities in and around Ukraine.”

Joly will reaffirm Canada’s support for Ukraine’s sovereignty and the importance of “collective security” in upholding that independence, the statement said.

Russia has amassed around 100,000 of its own troops at Ukraine’s border, with the prospect of an invasion hanging.

Russia has demanded a guarantee from NATO that Ukraine won’t join the alliance, a demand that the U.S. and NATO have rejected.

Talks between Russia and the U.S. and NATO have taken place Monday and Wednesday, respectively, but Russia’s deputy foreign minister, Sergei Ryabkov, told RTVI television that there is a “dead end or difference of approaches.” He sees no reason to restart the same discussions in the coming days.

U.S. President Joe Biden has warned of “severe consequences” if Russia were to invade Ukraine.

12:21 Canada needs to play a part in world security: Joly

Canada needs to play a part in world security: Joly

Canada currently has up to 915 Canadian Armed Forces (CAF) members that could be deployed “at any time” on a NATO mission as a part of Operation REASSURANCE, which is Canada’s largest current international military operation.

“They are there as part of NATO assurance and deterrence measures,” according to the department of defence. “These measures aim to reinforce NATO’s collective defence.”

In Europe, Joly will also meet with her counterparts in France and Belgium, with NATO’s secretary general, Jens Stoltenberg, and with about 200 Canadian troops currently training Ukraine’s forces in the country as a part of Operation UNIFIER to “thank them directly,” Global Affairs said.

The White House said Friday that U.S. intelligence has found that Russia has begun an effort to create a pretext for invading Ukraine.

Press secretary Jen Psaki said that the findings show that Russia plans to frame Ukraine as an aggressor and has been conducting a social media disinformation campaign to lay the groundwork.

Psaki said Russian operatives may use explosives against their own proxy forces and blame the acts on Ukraine.

“We are concerned that the Russian government is preparing for an invasion in Ukraine that may result in widespread human rights violations and war crimes should diplomacy fail to meet their objectives,” Psaki said.

The findings estimate that the military invasion could begin between mid-January and mid-February.

On Friday, Ukraine was struck by a massive cyberattack that they said hit around 70 government websites, with Russia suspected of the attack but not directly accused.

A message written on hacked government websites read in part: “All information about you has become public, be afraid and expect the worst.

“This is for your past, present and future.”

— with files from the Associated Press and Reuters