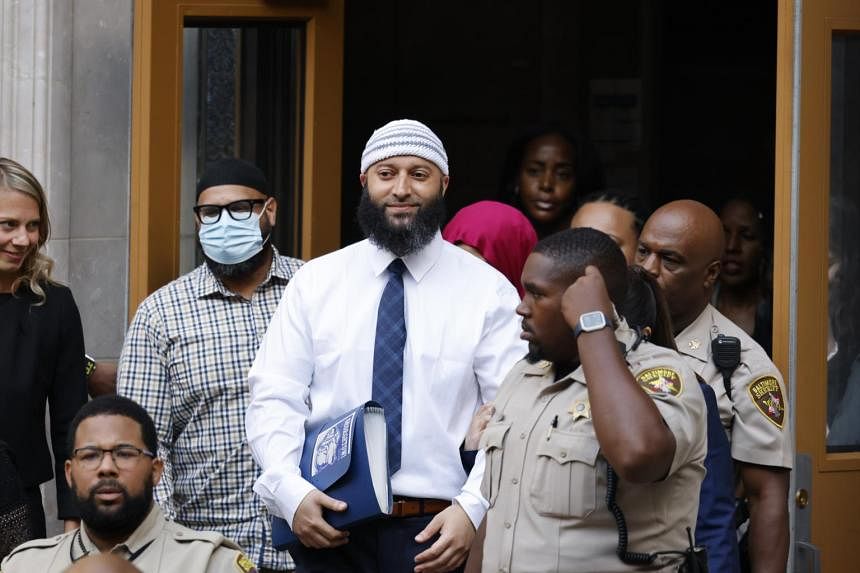 WASHINGTON – In a remarkable reversal, Adnan Syed walked out of prison on Monday for the first time since he was a teenager, having spent 23 years fighting his conviction on charges that he murdered his former high school girlfriend, a case that was chronicled in the first season of the hit podcast “Serial”.

Prosecutors have 30 days to decide if they will proceed with a new trial or drop the charges against Syed, who was ordered to serve home detention until then. Prosecutors said that an investigation had pointed to two possible “alternative suspects”, although those individuals have not been named publicly or charged.

“At this time, we will remove the shackles from Mr Syed,” Ms Phinn declared after announcing her decision.

Moments later, Syed walked onto the courthouse steps, smiling as a crowd of supporters shouted and cheered. He gave a small wave and climbed into a waiting SUV, without saying anything to reporters who pressed around him.

Syed, 41, had been serving a life sentence after he was convicted of strangling his high school classmate and onetime girlfriend Lee Hae-min, whose body was found buried in a park in Baltimore in 1999.

Syed, who was 17 at the time, had steadfastly maintained his innocence, and questions about whether he had received a fair trial drew widespread attention when “Serial” debuted in 2014.

The podcast became a pop-culture sensation with its detailed examination over 12 episodes of the case against Syed, including the peculiarities of his lawyer, who agreed to be disbarred amid complaints of wrongdoing in 2001 and died in 2004.

But it was not until September that prosecutors recommended that his conviction be vacated and that he be granted a new trial because, they said that “the state no longer has confidence in the integrity of the conviction”.

In a motion filed in Baltimore City Circuit Court on Sept 14, prosecutors said that a nearly yearlong investigation, conducted with Syed’s lawyer, had uncovered information pointing to the possible involvement of two “alternative suspects”, as well as key evidence that prosecutors might have failed to disclose to Syed’s lawyers in violation of their legal duty.

The investigation also identified “significant reliability issues regarding the most critical pieces of evidence” used to convict Syed, including mobile phone tower data.

Prosecutors said in the motion that they were not asserting that Syed was innocent. Ms Marilyn Mosby, the state’s attorney for Baltimore City, said on Monday that prosecutors were waiting for a DNA analysis that could help determine whether Syed’s case would be dismissed or proceed to another trial.

Ms Becky Feldman, a prosecutor in Ms Mosby’s office, said at the hearing that the investigation “acknowledged justice has been denied to Ms Lee and her family by not assuring the correct assailant was brought to justice”.