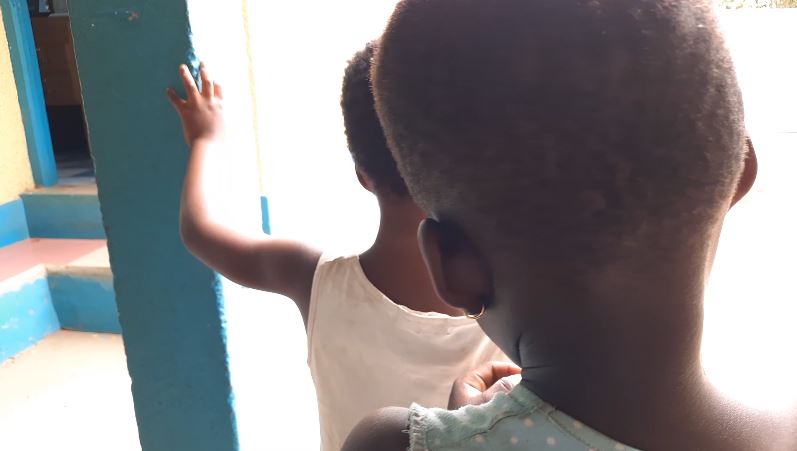 A 22-year-old man was nearly lynched by residents of Offinso-Abofour in the Ashanti region on suspicion of abducting two girls in the community.

Kwaku Boahen was alleged to have lured the four-year-old girls into a secluded bushy area, a mile away from their home.

An eyewitness, narrating the incident to Luv FM’s Erastus Asare Donkor, said the suspect took to his heels as soon as she raised an alarm.

“When I intervened, he turned his back towards me so I raised the alarm and he fled through the bush.”

According to her, she heard a cry from the bush but when she asked, she did not receive an answer to her question of what they were doing in the bush with the suspect.

Unfortunately for the suspect, the community members immediately mounted a search and nearly lynched him when they arrested him.

Another eyewitness said he saw the suspect in the community holding a sack “and I asked him if he was the one being pursued and he said no so I left him.”

“By the time I found out he was the one they were chasing, he was gone.”

Police had a tough time controlling the crowd but finally succeeded in rescuing the severely assaulted suspect, who is currently receiving treatment at the St Patrick Hospital in Offinso.

The incident comes in the wake of children going missing in the area, with one found murdered.

Meanwhile, the two children are currently with their parents.