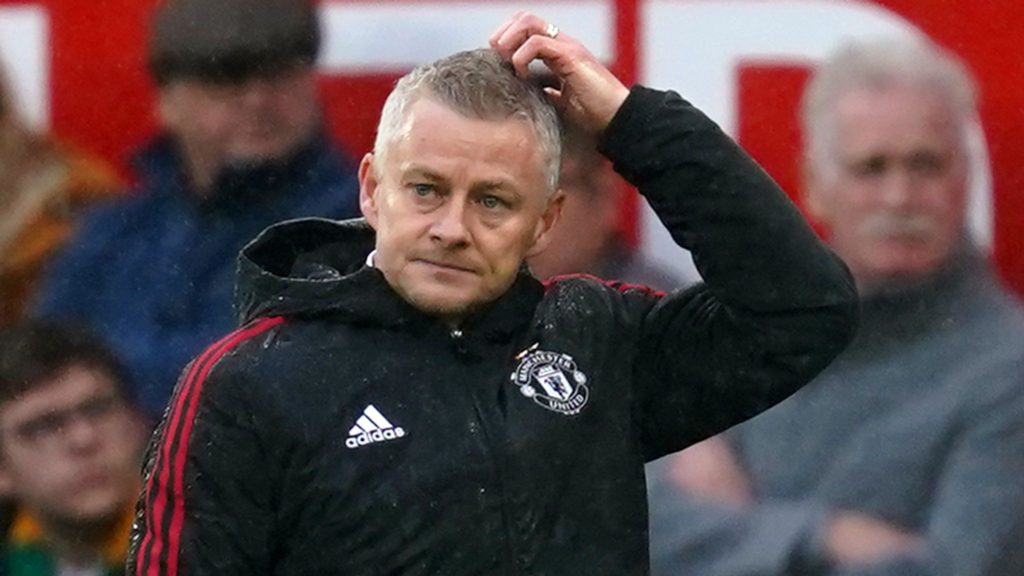 There has been no official confirmation but it is understood all the club’s senior figures, including owners the Glazers, have discussed his future.

It was decided the Watford loss would be Solskjaer’s last game in charge and the terms for his exit would be agreed.

Technical director Darren Fletcher is set to take over for Tuesday’s Champions League trip to Villarreal.

It is possible first-team coach Michael Carrick could remain at Old Trafford despite being part of a management team responsible for a terrible run of results during which United have won just four of their last 13 games and two of their last eight.

Some felt the 48-year-old was fortunate to survive during the recent international break, before which United suffered a record 5-0 home defeat by Liverpool and were beaten in a far more comprehensive way by Manchester City than the 2-0 scoreline suggested.

The club’s hierarchy stuck with Solskjaer, believing the Norwegian could turn the situation around.

However, both the defeat at Watford and the manner of the performance, which included a red card for skipper Harry Maguire, have changed the landscape.

And, with their Champions League place at stake if they fail to get at least a draw against Villarreal, United’s senior figures were not prepared to risk a defeat by Unai Emery’s team.

They were by far the better side when they played at Old Trafford in September, only for United to beat them thanks to Cristiano Ronaldo’s last-minute winner.

United goalkeeper David de Gea described the loss against Watford as “embarrassing” and “another nightmare”.

It left the side seventh in the Premier League, following a run of one league win in seven games.

Solskjaer replaced Jose Mourinho on an interim basis in December 2018.