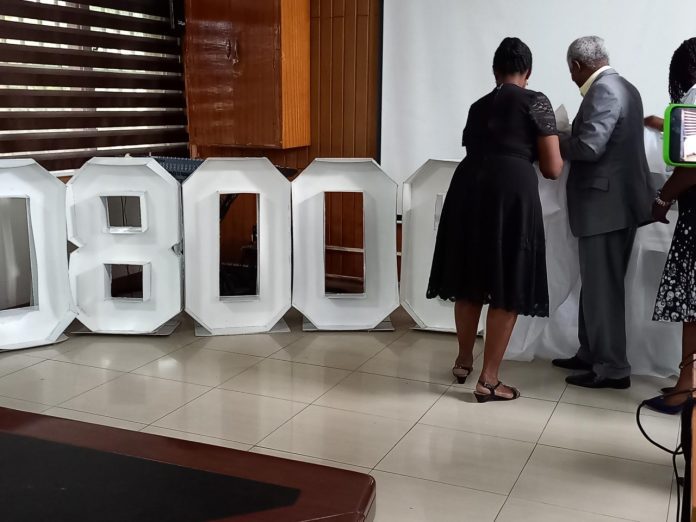 The Mental Health Authority (MHA) has launched its call Centre and urged Ghanaians to support it to continue to save lives each year.

The Centre is aimed at providing psychosocial support to the vulnerable, who would no longer have to battle alone with mental health issues, but get professionals with expertise to help them through their challenges on the other end of the phone.
Madam Estelle Matilda Appiah, Board Chairperson, MHA said the Call Centre has been one of the long outstanding activities of the Authority.

She said a year after the establishment of the Authority, the governing body, initiated a drive to institute a toll-free call centre that would deal with providing psychosocial support but could not readily access these services because they were unaware where to obtain the assistance.

A year after planning the take-off of the project, the nation was hit with an epidemic of suicides. Within three weeks in February 2017, there was an unprecedented wave of suicides, particularly among the youth.

Madam Appiah said the MHA decided on several actions to take in the short, medium and long term, including, issuing of a press statement, and some temporary helplines to provide access for people who have suicidal thoughts and other psycho-social issues.

She said since the temporary helplines were produced a total of 75 calls were received weekly for psycho-social support for mental health matters, hence management of the Authority was obliged to consider a call centre with a toll-free number.

She said after discussions with the National Communications Authority they provided a Special Numbering Resource (SNR) after which the mental health support centre began from the tele-medicine unit of the Greater Accra Hospital in 2018.

The Board Chairperson said the MHA relentlessly engaged Vodafone, MTN and Airtel-Tigo, who have offered costs that were relatively lower.

“As we launch the MHC Call Centre today, we breathe a huge sigh of relief knowing that going forward, many lives will be saved because there will be psychosocial support.”

She said, “it is our expectation that that will be considered a national resource and people will seek to contribute to the long-term sustenance of the Call Centre to help improve the mental wellbeing of those at risk.”

Madam Appiah noted that mental health was not the preserve of specific persons in society, but occasionally, everyone may experience some form of mental disorder and, and this resource would be available to provide support.

Prof. Akwesi Osei, Chief Executive Officer, MHA said analysis of data on the underlying causes of suicides revealed that the expression of hopelessness because of economic difficulties, high levels of stress, depression among students and workers, relationships that have gone bad, physical illness, high cost of access to healthcare, loneliness and abandonment as major complaints.

He said most of these conditions require someone to talk to or need a response and as such the call Centre provided an opportunity for everyone to receive help.