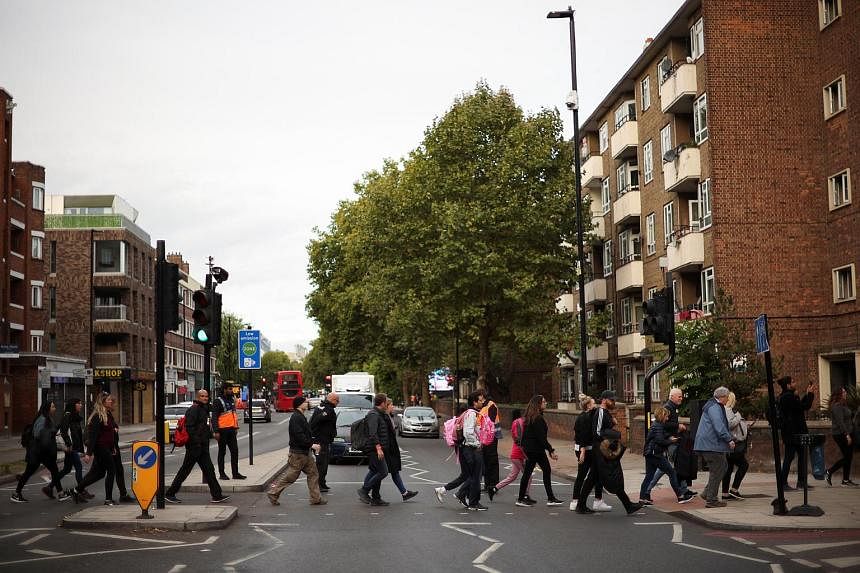 LONDON – Chancellor of the Exchequer Kwasi Kwarteng’s vision for a new economic era, which includes the biggest tax giveaway in half a century, has been slammed for being “socially divisive”.

Criticism was swift after Mr Kwarteng announced Friday plans to scrap the 45 per cent top rate of tax and double the threshold for paying stamp duty for home buyers, while also tightening access for people on welfare payments.

Prime Minister Liz Truss’ government is unleashing a radical new economic direction for the country, as members of the public are grappling with soaring inflation.

The plans – intended to boost the long-term potential of the economy and prevent a recession that the Bank of England says has already started – also reduce levies on companies and include plans to lift the cap for banker bonuses.

The policies “amount to a simply staggering huge tax cut for richer households”, Mr Torsten Bell, chief executive of the Resolution Foundation, said in a tweet.

In contrast, just 12 per cent of the gains will go to the poorest half of households, who will be £230 better off on average next year.

“This budget is Robin Hood in reverse. We should be rewarding work, not wealth,” Trades Union Congress General Secretary Frances O’Grady said. “But at the first opportunity, Liz Truss is holding down wages and lining the pockets of big corporations and City bankers. The party of pay cuts strikes again.”

Aside from tax cuts, the government pledged to tighten benefits for welfare claimants, increasing sanctions for those who “don’t fulfil their job-search commitments”, as well as for part-time employees who don’t work a minimum number of hours.

“If you’re targeting growth at the expense of making sure that half the country can pay their bills, that isn’t going to be a successful approach – and your levels of inequality are going to soar,” said Ms Rachelle Earwaker, senior economist for the Joseph Rowntree Foundation.

Regardless of whether the measures are fair or not, many experts say they are just bad policy, and the announcement triggered a massive market selloff of British currency and bonds.

The plan may provide a short burst of growth to the economy, but it is setting up problems of stagnation further down the line, according to researchers at the Institute for Public Policy Research.

“The tax cuts announced will turbo-charge inequality and will mean growth for the incomes and wealth of the richest, while leaving public services on an unsustainable footing,” said IPPR executive director Carys Roberts. “It will only reduce the scope for the investment our economy really needs.”

Before the announcement, former Bank of England policy maker Martin Weale told Bloomberg Television that the drive to boost growth will “end in tears” with a run on the pound. BLOOMBERG