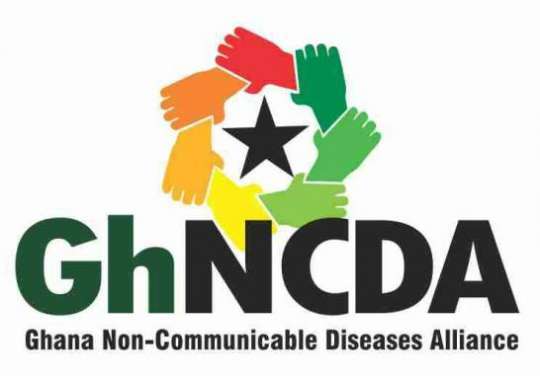 It noted that NCDs accounted for nearly 80 per cent of deaths in low- and middle-income countries, however, about only one to two per cent of the global health funding was dedicated to prevention and treatment of the diseases.

Mr Labram Musah, the National Coordinator of the GhNCDA made the call in a statement at the first Presidential Group Meeting on NCDs and Sustainable Development Goals (SDGs) at the ongoing 77th Session of the United Nation General Assembly (UNGA77) in New York City, USA and copied the Ghana News Agency on Thursday.

It said the socio-economic costs associated with NCDs made the prevention and control of the diseases a major development crucial for the 21st Century, hence sustainable financing by the world leaders.

“Investment in NCDs has a potential to save and improve lives by 2030 and most of the 15 million annual NCD deaths in low- and middle-come countries of people between 30 to 70 years can be prevented or delayed.

“Sadly, to date the necessary shift in prioritizing and committing to NCDs financing on the global, and in most national development agendas was yet to be achieved,” it stated.

It said Ghana had been mapped as the global leader in the prevention and control of Non Communicable Diseases (NCDs) due to the number of programmes and policies it had put in place.

The statement said the mapping was also by virtue of President Nana Addo Dankwa Akufo-Addo being one of the co-Chairs of Eminent Group of Advocates on UN SDGs to pioneer discussion that would improve global efforts towards prevention and control.
“It is thus imperative for Ghana to make the most of our current stands as a global lead in NCDs prevention and control to promote the NCD agenda globally and attract support for NCDs interventions.”

It said Ghana should galvanize the support of other countries to advocate the inclusion of NCDs as a key component of the Global Fund which currently supported interventions on HIV/AIDs, malaria, tuberculosis, among others.

The statement urged countries to prioritize the diseases as a paramount national development issue and include them within a holistic development agenda, taking cognizance that investing adequately in NCDs was synonymous with investing in the economy.

“Where public health systems are weak, payment for care can trap poor households in a cycle of debt, illness and extreme poverty, thus people living with NCDs are more likely to be absent from work, become unemployed or retire early,” it stated.
On human capital, it said, NCDs ended 15 million lives every year prematurely, and thus reduced labour supply while increasing absenteeism in the workforce due to NCD-related illness and disability.

“NCDs impede the educational attainment of children and adolescents, and makes it impossible for caregivers to participate in the labour market, it stated, and that in view of such evidence, the World Economic Forum has ranked NCDs among the top global threats to economic development.

The statement said WHO estimated that an investment of under one dollar per person per year in cost-effective measures to prevent and treat NCDs could save seven million lives in low- and middle-come countries by 2030.

“Urgent government action is needed to meet global targets to reduce the burden of NCDs, including SDG 3.4, which seeks to reduce one third premature mortality from NCDs by 2030 through prevention, treatment and the promotion of mental health and well-being.”

The statement urged countries to prioritize/commit to financing health through taxing health harming products such as tobacco, alcohol, sugar sweetened beverages as well as polluting industries; as these products increased the disease burden, healthcare cost and exacerbated poverty level.