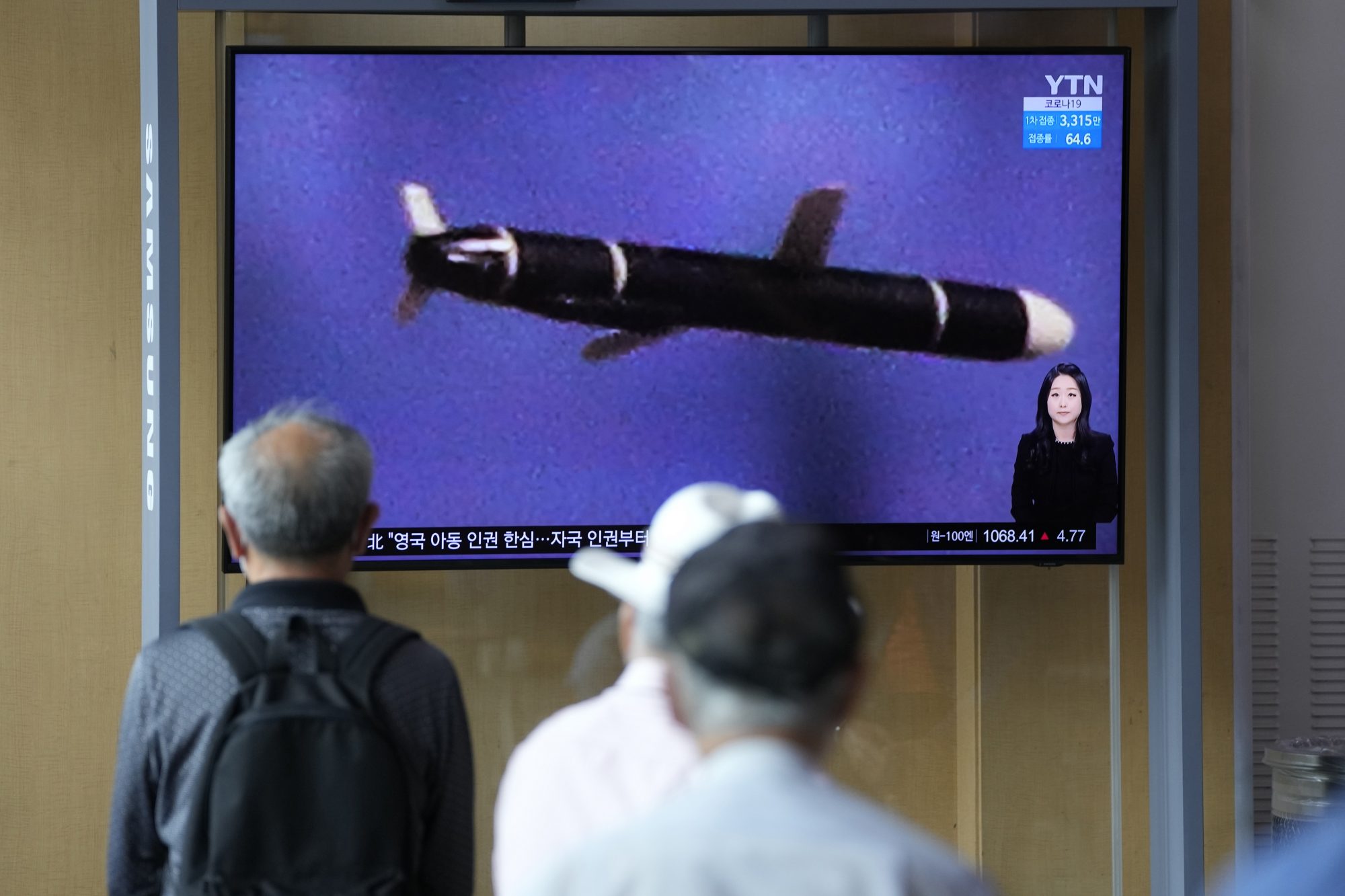 North Korea fired two ballistic missiles off its east coast on Wednesday, South Korea’s military said, two days after the North claimed to have tested a new missile in its first weapons test in six months.

The two ballistic missiles launched from a site in central North Korea flew toward the waters of the Korean Peninsula’s east coast on Wednesday afternoon, South Korea’s Joint Chiefs of Staff said in a statement.

Japan’s coast guard confirmed the missiles both landed outside Japanese Exclusive Economic Zone in the Sea of Japan between Japan and the Korean Peninsula. No ships or aircraft reported damage, the Coast Guard said.

North Korea said Monday it tested a newly developed cruise missile twice over the weekend. North Korea’s state media described the missile as a “strategic weapon of great significance,” implying they were developed with the intent to arm them with nuclear warheads. According to North Korean accounts, the missile flew about 1,500 kilometers (930 miles), a distance that is capable of reaching all of Japan and U.S. military installations there.

Many experts say the North Korean test suggested North Korea is pushing to bolster its weapons arsenal amid a deadlock in nuclear diplomacy between Pyongyang and Washington.

The latest launch came as Chinese Foreign Minister Wang Yi was in Seoul for meetings with South Korean President Moon Jae-in and other senior officials to discuss the stalled nuclear diplomacy with the North.

Talks between the United States and North Korea have stalled since 2019, when the Americans rejected the North’s demand for major sanctions relief in exchange for dismantling an aging nuclear facility. Kim’s government has so far threatened to build high-tech weapons targeting the United States and rejected the Biden administration’s overtures for dialogue, demanding that Washington abandon its “hostile” policies first.

The North’s resumption of testing activity is likely an attempt at pressuring the Biden administration over the diplomatic freeze after Kim failed to leverage his arsenal for economic benefits during the presidency of Donald Trump.

North Korea still maintains a self-imposed moratorium on nuclear and long-range missile tests, a sign that it may not want to completely scuttle the nuclear negotiations with the United States.