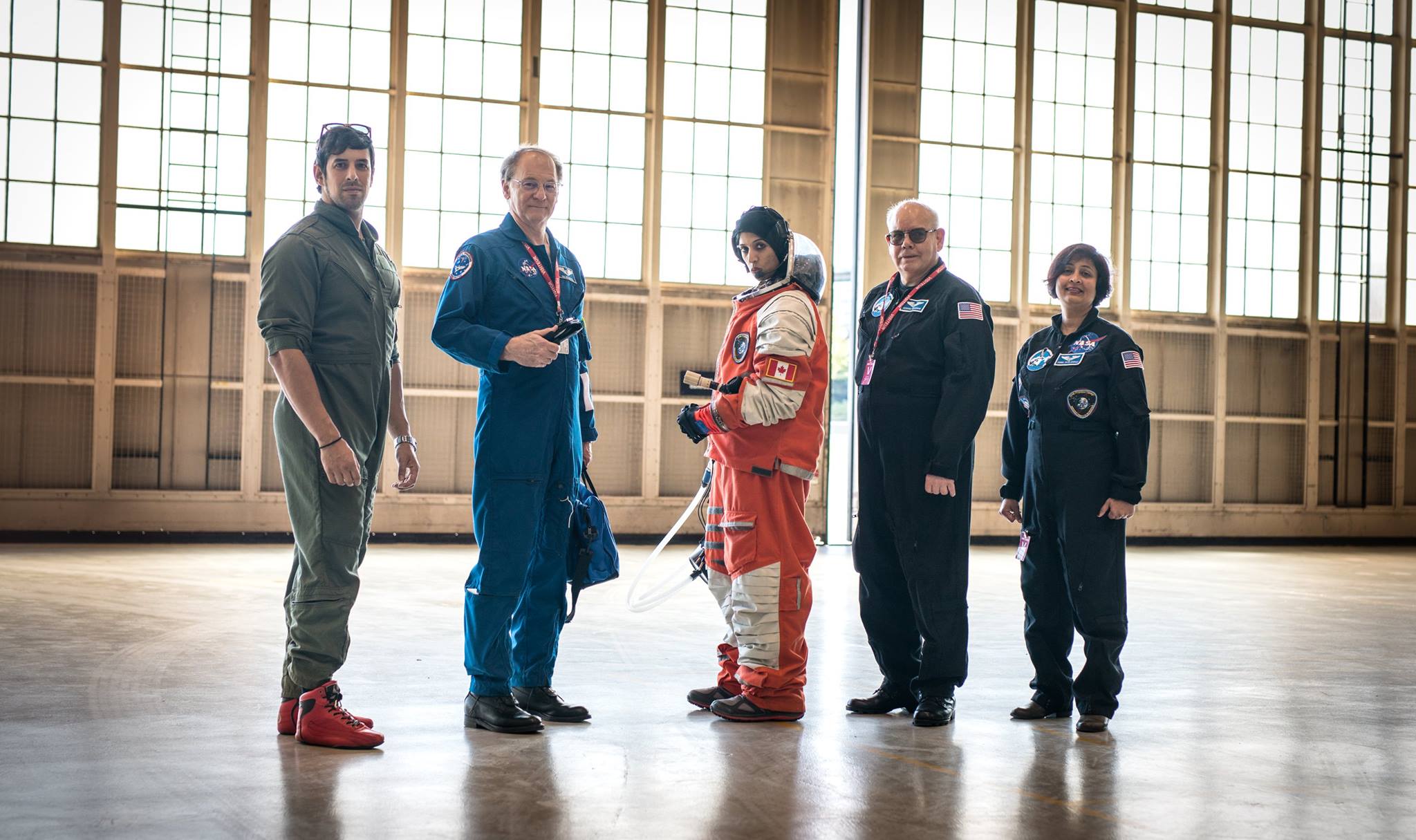 It’s been an exciting week for Dr. Shawna Pandya and her “space friends.”

The Brandon, Man.-born, Edmonton-raised physician, aquanaut and scientist-astronaut candidate has been fascinated by space travel as long as she can remember.

“Like a lot of kids, I wanted to be an astronaut growing up,” Pandya told Global News on Thursday.

“‘So now all I have to do is go be a physician neuroscientist astronaut and then that’s my path.’”

And that’s what she did, earning a degree in neuroscience from the University of Alberta, studying medicine, then taking her Masters at the International Space University in France, which she describes as “real-life Star Fleet Academy.”

“You learn all about everything related to space, whether it’s space law, space life sciences, space medicine.”

Now, it’s her job to make space travel as safe as possible.

“The International Space University Masters program was the first time that I realized you could marry your passion for space and medicine and turn it into a career.”

She wears a number of hats, including VP immersive medicine with Luxsonic Technologies, director of medical research at Orbital Assembly Construction, director of the International Institute of Astronautical Sciences (IIAS)/PoSSUM Space Medicine Group and clinical lecturer at the University of Alberta.

“Any opportunity there is to help develop our capabilities for human space flight, for exploration… to make space more accessible and safer — I’m all about (it).”

“There’s so much going on. This is the best possible time to be alive for space and human space flight.”

This past week has been especially exciting.

The crew launched from Blue Origin’s Launch Site One facility in West Texas at 9 a.m. ET and were in flight for 10 minutes and 20 seconds. Bezos’ trip comes nine days after Virgin Galactic’s Richard Branson flew about 85 km in the air aboard a rocket ship he helped fund.

“I know people are going to have mixed feelings but this really is the beginning of a new era of accessibility,” Pandya said. “And not just for who space has been traditionally for: the engineers, the pilots, the scientists.”

She believes humans’ incredible curiosity opens up many possibilities.

“Space is that next platform. When we open up space, what happens next? That’s what really excites me about this particular era in human space life.”

While Pandya thinks Bezos and Branson putting their “butts in the seats” shows confidence in the technology, there was another crewmember she was even happier to see onboard.

“Wally Funk, who flew to space with Blue Origin, she was part of the initial Mercury 13, the 13 female Mercury-era astronauts who were screened as potential astronauts for NASA in the 60s but never flew due to gender bias.”

Funk was at the top of her class in the Woman in Space Program in 1961. The “Mercury 13” went through the same physiological and psychological tests as the astronauts selected by NASA and completed their training. But the program was cancelled and none of the 13 women ended up flying.

On July 20, Funk became the oldest person ever to fly to space at the age of 82.

“I was thrilled to see Wally Funk get her day this week,” Pandya said.

“That really was the ‘let’s put someone deserving on this rocket who has paved the way, who has been a trailblazer, who has ignited dreams, who’s waited 62 years to go to space,’ and she was great.”

“What’s been really exciting amidst these announcements of commercial space flights… my crewmate and my teammate Kellie Gerardi was announced as one of Virgin’s first scientist astronauts for a future flight.”

She says Gerardi, a citizen scientist and STEM influencer, is “an amazing person” and “perfect candidate.”

“When we look at accessibility to space, it used to be for Caucasian military pilots,” Pandya said.

“This really is our time.

“This is the time we can bring the scientists, the researchers, but also people who haven’t traditionally had access to space — these storytellers, the entrepreneurs and the artists — to make use of space and create a whole new platform for creativity, for science, for research.”

“This is simply the beginning. To be a part of that, to be alive in this time in history, to witness that? Myself and my space friends, have been watching and we’re so excited, we’re thrilled for what this means for future science, for engineering, for the future.”