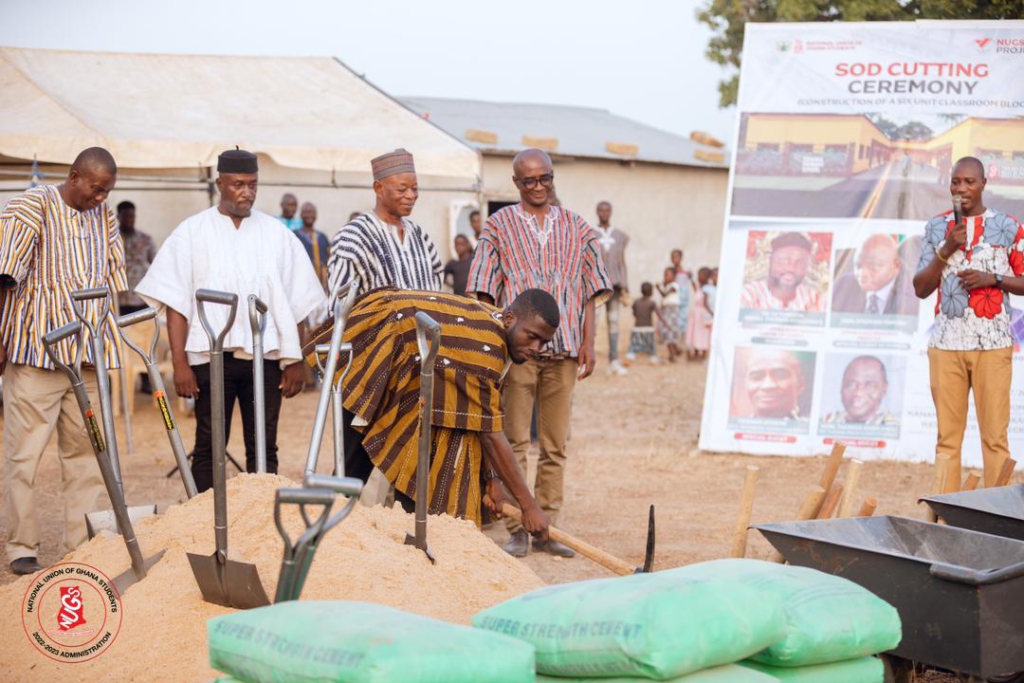 The National Union of Ghana Students (NUGS) has cut a sod for the construction of a six-unit classroom block in the Kassena Nankana West District of the Upper East Region.

The classroom block will have an ICT centre, a library and other facilities in Kanania, a community in the district.

In a ceremony attended by both traditional and political leaders in the district, the President of NUGS said this project is part the ‘NUGS Special Project’ targeted at supporting the development of infrastructure at basic schools in rural areas.

“There is a need to come together in taking steps that will safeguard the future of young students across the country.”

“Any attempt to leave this on the doorsteps of politicians will mean we are on a suicide mission,” Dennis Appiah Larbi-Ampofo stated.

The District Chief Executive of the area, Gerard Atogye, in his address, commended the leadership of the NUGS for the decision.

On his part, the District Education Director also hailed the building plan, indicating it provides a holistic approach to solving the educational infrastructure deficit of the area.

The traditional leadership of the area organised a smock-wearing ceremony in honour of the NUGS President.

The project is expected to be completed in six months, with the use of volunteerism and partnering agencies led by the student front.

The National Union of Ghana Students in recent times has mounted a campaign for improvement in Basic School infrastructure, especially in rural areas and is expected to continue with initiatives such as this.

The NUGS President in an interview with the media called on donors, volunteers and agencies to support the project with any form of resource or support that would help provide the desired results.