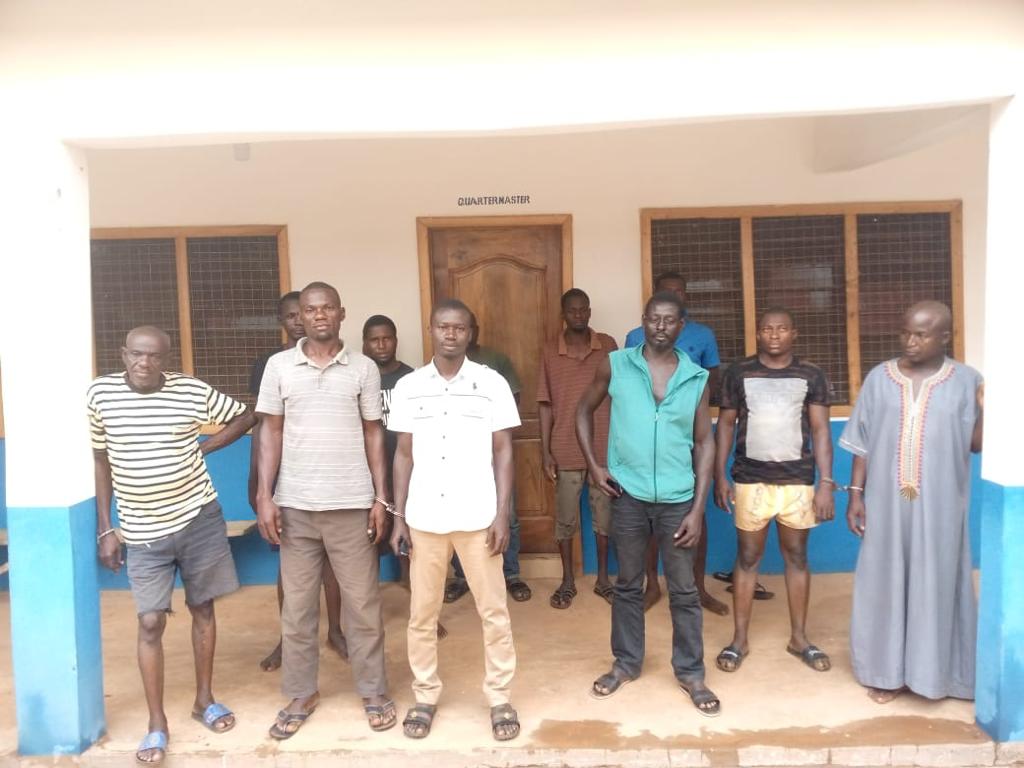 Police in the North East Region has denied a bail request made for 12 suspects arrested persons in Chereponi in connection with the violent protest that followed the appointment of Hajia Zuweratu Nashiru as DCE of the area.

The denial followed a meeting with some regional executives of the ruling New Patriotic Party (NPP) led by its Regional Chairman, Nurudeen Fuseini, who was at the Police Command to attempt bail for the suspects.

The police, however, refused to grant the request and insisted on going ahead to screen and process the culprits for court.

The arrest was carried out on Tuesday morning in a house-to-house search operation led by the Regional Commander, DCOP Moses Ali,  with nearly eighty heavily armed police troops alongside three senior officers.

The police claim the suspects were identified following their analyses of several video footage of the violent protest which occurred last Sunday against the President’s decision to appoint Madam Zuweratu Nashiru as the area’s District Chief Executive.

The Chereponi town has since been quiet after the security operation but supporters of the ruling New Patriotic Party say they have been disappointed and the arrest, they said, has only added salt to injury.

The violent protest led to the destruction of several NPP properties and at least one person wounded after the angry supporters invaded the residence of the constituency chairman.

The Chairman in the company of other Regional executives and nearly a dozen followers arrived at the command while the suspects were being screened to be processed for court.

And after a closed-door meeting with the police, the party regional secretary confirmed to JoyNews all the suspects had been granted bail.

The suspects were seen in a pick-up vehicle only to be taken back into custody after a JoyNews report of the purported release.

The police, however, have disputed that claim by the regional secretary and said they will do everything necessary to ensure due process is followed in the matter.

Earlier, the failed aspirant, S.K Orlando, had warned of severe consequences if the suspects were not released.