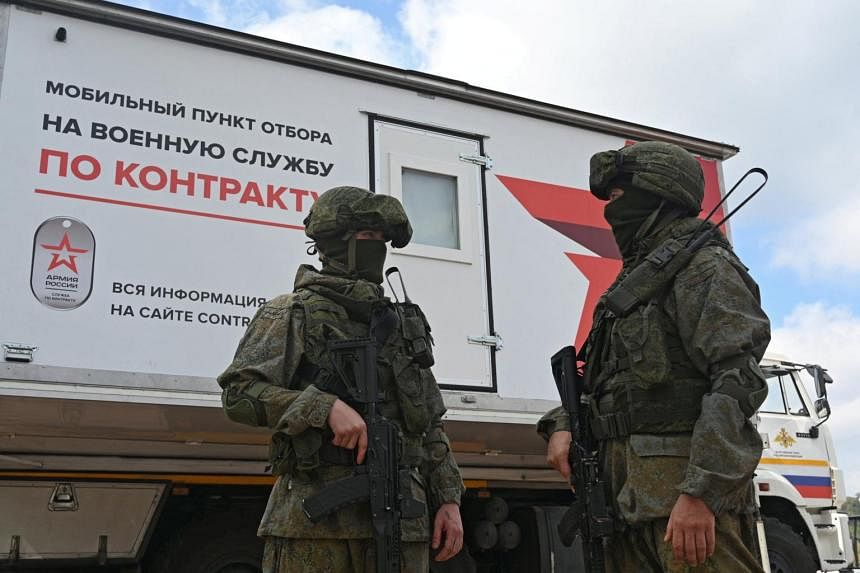 WASHINGTON – Russia is struggling to attract recruits for its army amid its setbacks in Ukraine, while the United States is open to potentially sending Western tanks to Ukraine, a senior US defence official said on Monday.

“The Russians are performing so poorly that the news from Kharkiv province has inspired many Russian volunteers to refuse combat,” the official said, who was not authorised to speak publicly about the status of Russia’s war in Ukraine, adding that the leader of the Wagner Group, a private military company with ties to the Kremlin, had been seen in videos posted on social media asking Russian prisoners, Tajiks, Belarusians and Armenians to join the fight in Ukraine.

“We believe this is part of Wagner’s campaign to recruit over 1,500 convicted felons,” the official said. “But many are refusing.”

Last week, a video posted online and analysed by The New York Times showed the Wagner Group promising convicts that they would be released from prison in return for a six-month combat tour in Ukraine. It is unclear when the video was filmed.

The official added that Russia was failing in its own strategic objectives, noting that Russian President Vladimir Putin reiterated last week that the “main goal” of his invasion was limited to capturing the Donbas – the eastern Ukrainian region where Russia has recognised as independent two Kremlin-backed statelets but where Ukraine still controls several key cities and towns.

And, at a regional summit in Uzbekistan on Friday, Putin said Russia was committed to its “special military operation,” despite Russian losses in the north-east and Ukraine’s offensive in the south, near the port city of Kherson.

Furthermore, Ukrainian forces now control all of their territory west of the Oskil River in eastern Ukraine, the official said, and have liberated more than 300 settlements in Kharkiv province.

With Ukrainian troops continuing to take back territory from Russian forces, and the war nearly seven months old, the Pentagon is discussing how best to support Ukraine for a long-term war. Part of that, the official said, includes transitioning Ukraine away from their Soviet-era weaponry and replacing them with those used by Nato and other Western militaries.

While the United States and other nations have provided Ukraine with Soviet-era tanks, the Pentagon signalled an openness to transferring Western main battle tanks to Ukraine as well.

“Armour is a really important capability area for the Ukrainians,” the official said. “We recognise that there will be a day when they may want to transition – and may need to transition – to Nato-compatible models.”