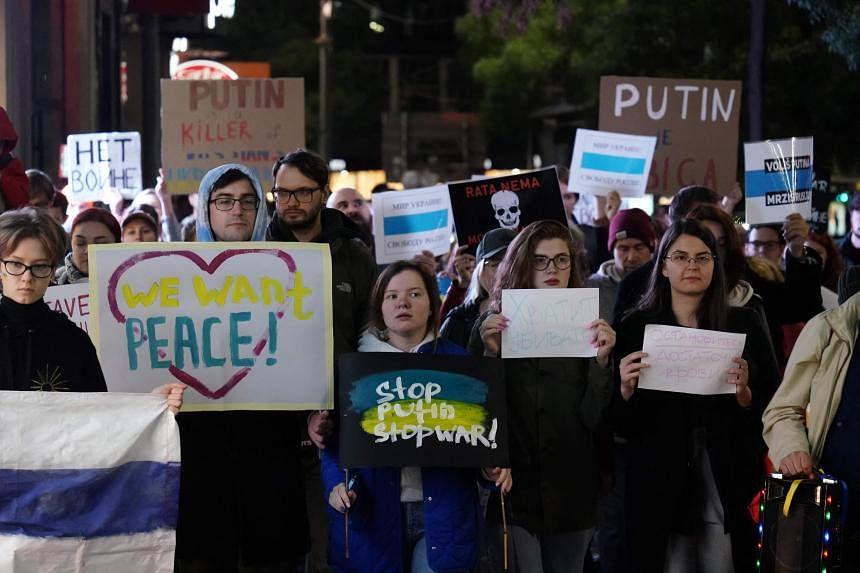 BELGRADE – A group of Russian children clamour cheerfully in a Belgrade apartment, proudly shouting out the new Serbian words they’ve just learned to their teacher.

These kids all have one thing in common. Their parents fled after Russian President Vladimir Putin’s invasion of Ukraine and are now preparing to stay in the Balkan country for the long haul.

Just as over a century ago, when thousands of Russians fleeing the Bolshevik revolution settled in Serbia, the country has once again become a haven for Russians fleeing repression, uncertainty and the real possibility of being drafted to fight a war they don’t consider their own.

Maria Nefyodova, whose 10-year-old child Artemii already speaks fluent Serbian after only nine months in Belgrade, packed their bags as soon as the first shot was fired in Ukraine.

“On February 24, everything changed. Our world turned upside down”, Ms Nefyodova told AFP.

“Of course, not in the way it has changed for those who are the directly affected side, but our world was shattered too”.

Since then, according to state media, more than 100,000 Russian citizens have arrived in Serbia, a country of under seven million.

They have used one of the few remaining flight routes into Europe that has not been closed off in retaliation for the war.

Serbian President Aleksandar Vucic said last month the country was “like Casablanca”, likening it to the Moroccan town of the 1942 movie, swarming with war refugees and spies.

While the exact number of Russians who have elected to stay is unknown, almost 3,000 Russian companies have registered in Serbia since February, according to its business registration agency.

Unlike some other parts of Europe, Russians are greeted with open arms in Serbia. Cultural and historical ties between the two predominantly Slavic and Orthodox Christian countries stretch back centuries.

The Belgrade apartment where she lives with her two children serves as an unofficial Serbian language school.

“The children like it here. If they didn’t feel as comfortable, I would likely consider moving to another country.”