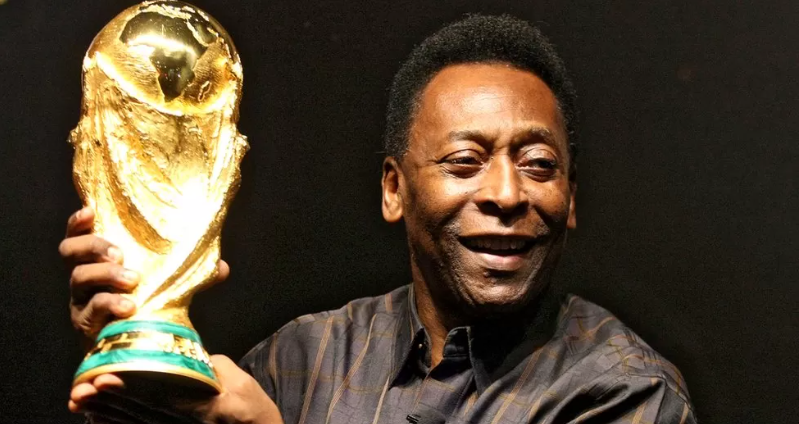 A Brazil football shirt prepared for legendary player Pele ahead of his last international is estimated to sell for up to £30,000 at auction.

It was one of two number 10 jerseys made for Brazil’s game in 1971 against Yugoslavia, Hansons Auctioneers said.

Pele did not wear it in the match and gave it to the team’s masseur instead.

The shirt was later purchased by a restaurant manager in Shropshire who said he hoped it would end up in a football museum.

The 33-year-old seller, who did not want to reveal his identity, said he bought it from a private collector in 2020.

“It’s been an amazing piece of football memorabilia to be custodian of. I now feel it deserves a bigger stage, perhaps back home in Brazil,” he said.

Pele died in December. He was the only player to win the World Cup three times and was named Fifa’s Player of the Century in 2000. 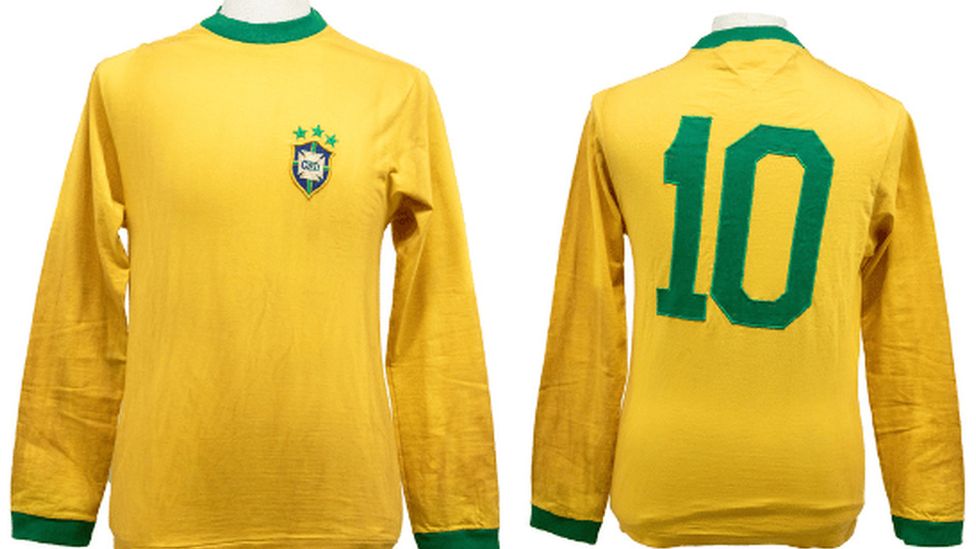 Image caption: The long-sleeved Brazil shirt is being sold by a restaurant owner in Shropshire

The long-sleeved garment was prepared alongside a short-sleeved version, with the latter being worn in the game, Hansons said.

It added that after the match, Pele gave the unworn one to masseur Abilio Jose de Silva, nicknamed Nocaute Jack, who worked with the national team from the late-1960s to 1994, a World Cup-winning year for Brazil.

The shirt will be sold at the firm’s Derbyshire saleroom on 15 February with a letter of authenticity from the masseur’s daughter.

Pele is credited with scoring a world record 1,281 goals in 1,363 appearances during a 21-year career, including 77 goals in 92 matches for his country.