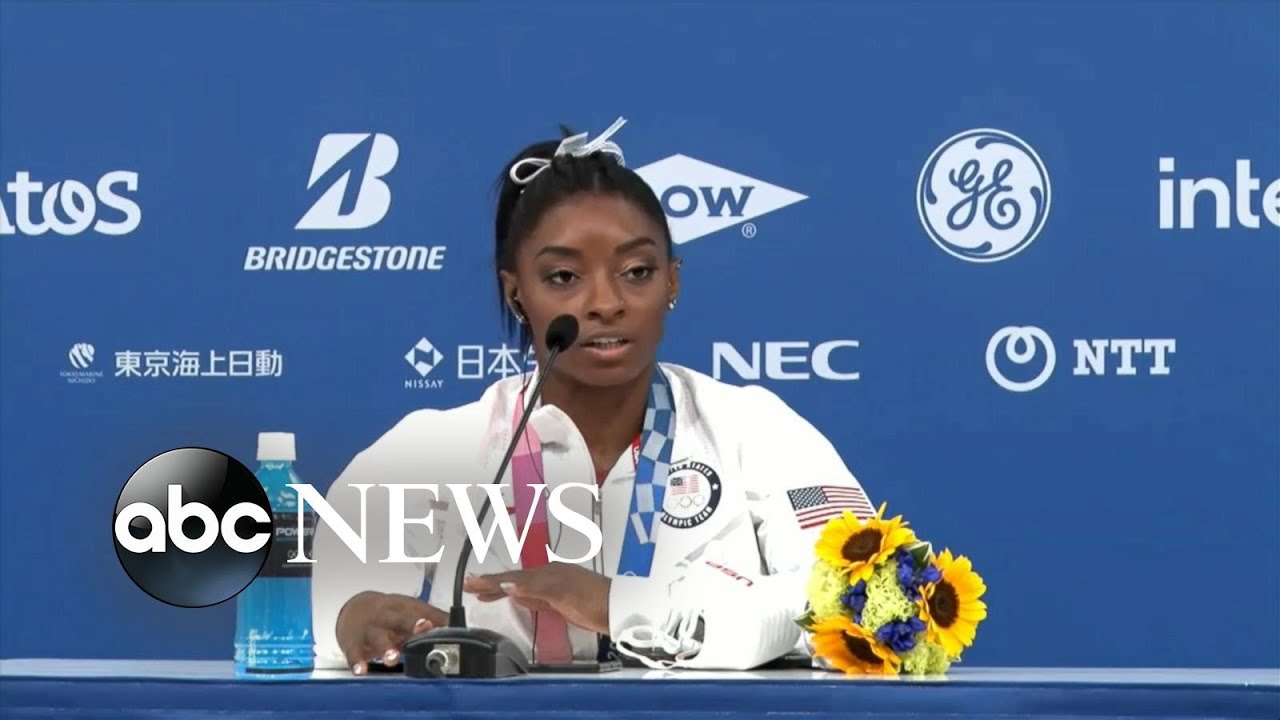 Simone Biles arrived in Tokyo as a superstar gymnast many believed would change the perception of her sport across the world.

She has done that although not in the expected manner of vaulting, twisting, jumping and turning that made her one of the greatest of all time, aged 24, and entering her second Olympic Games.

“I have to do what’s right for me and focus on my mental health and not jeopardize my health and my well-being,” Biles said Wednesday after abandoning the team event after just one rotation.

There will also be no individual all-around for her on Thursday, when she could have become the first woman to win consecutive all-around titles at the Games since Vera Caslavska of Czechoslovakia in 1964 and 1968, but might contest the other individual finals next week.

Biles was initially thought to be injured but her confirmation the issue was mental, not physical – as with Japanese tennis star Naomi Osaka, who returned in Tokyo after months off – left all sport with some soul searching to do.

“I am happy that sportswomen and sportsmen dare to do it. I already said about Naomi that she was kicking something off,” said Enke who has set up a foundation to help finance reserach and treatment of depression.

Barney Ronay wrote in Britain’s Guardian paper: “There has never been sporting pressure quite like this,”

Athletes now live not only for training and the glare of competition but in 24-hour news cycles fuelled by the relentless push of social media. “A shared public space like the one we have now: endlessly hostile, endlessly reverent, unceasingly present,” as Ronay put it.

That means athletes must increasingly decide how much of themselves to share and how they can keep some part of their lives private.

Biles arrived at the Rio Games five years ago with a clutch of world medals in her locker and four golds confirmed her status to legions of new fans.

No one knew then she was one of multiple US gymnasts abused by former team doctor Larry Nassar, something which has prompted her to take therapy. And consider why she is still competing.

“I had to come back to the sport to be a voice, to have change happen,” Biles told NBC before the Games. “I feel like if there weren’t a remaining survivor in the sport, they would’ve just brushed it to the side.

“But since I’m still here, and I have quite a social media presence and platform, they have to do something.”

First qualifying events were marked by uncharacteristic errors from Biles and early in the team final she made a choice.

“In dropping out … Simone Biles, the best gymnast America has ever produced, issued a statement as powerful as anything she’s done in competition: She said ‘enough’,” said Lindsey Crouse in the New York Times.

Biles’ extraordinary burden is not carried by many but the load on their shoulders remains substantial.

“In some ways the four-year cycle of fame and fallow is similar to the highs and lows of an addictive drug,” wrote Time magazine. “The withdrawal after the exhilaration of competing, no matter the outcome, is a mental crash that can hit athletes hard.”

This is not a new observation – athletes have been joking for years they did not know what to do with themselves after achieving their life’s goal at an age normal workers would just be starting their careers.

Osaka, a four-time grand slam winner carrying the hopes of Japan into the Games, recently withdrew from the French Open and skipped Wimbledon, saying she has repeatedly suffered from depression since her first win at the majors 2018.

But after a third round exit in Tokyo she admitted the pressure of a home Games was still “a bit much” to take, having also had maximum exposure by being cxhosen to light the cauldron at the opening ceremony.

Irish runner Stephen Scullion did not even attend the Games he qualified for in the marathon – and at 32 might never get another chance.

“I will not be going to Tokyo Olympics, & until I feel in a better place with mental health I am taking some time to myself,” he wrote on Twitter.

“I apologise to anybody who has supported me until now and feels lets down. Sometimes in life you have to do what is right, and I need to find a happy place.”

Scullion, and others, seem to be realizing their happy place may no longer be on the court, track or pitch. Fans, media and sponsors are likely going to have to get used to it.

“Not just the race today but all these years, to not have to carry that title any more. I have a name and I hope that I can be Jenny now and not the Olympic champion, because that is a heavy burden.

“I hope that I will be left alone now.”