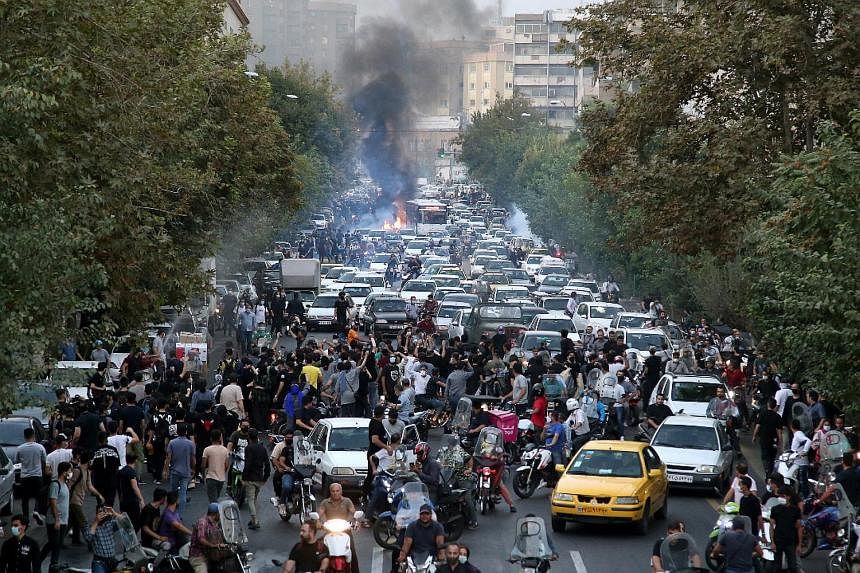 In 2017, a 31-year-old mother, Vida Movahed, stood on a utility box in downtown Tehran, removed her hijab and waved it before a crowd on a stick. More women started to follow her lead, giving way to the so-called Girls of Revolution Street protest, which was later quashed by the government.

In 2019, a 29-year-old woman named Sahar Khodayari set herself on fire after she was arrested after sneaking into a men’s soccer match.

The Iranian government, under pressure from international soccer authorities, later changed the law and allow women to attend matches, but they are relegated to cordoned-off areas.

That same year, Ms Nasrin Sotoudeh, a prominent Iranian lawyer who defended women who removed their headscarves, was sentenced to 38 years in prison and 148 lashes on charges of “colluding against the system” and “insulting” leader Khamenei.

Previous protests were stamped out with beatings, arrests and close-range gunfire.

The current demonstrations are the most dramatic displays of dissent that the country has seen since November 2019, when a rise in gas prices touched off the most sweeping and violent riots since the revolution. Many of those on the streets protesting were lower-income people particularly hard hit by the changes.

Iran shut down the internet for several days, and security forces opened fire on protesters, often from close range, quashing the widespread demonstrations in a matter of days. Rights groups say at least 360 people were killed in the brutal crackdown, but other estimates were much higher.

A previous round of protests, the so-called Green Movement, that swept the country in 2009 had been led by the middle class and university students, who turned out on the streets to denounce the fraudulent reelection of the conservative president at the time, Mr Mahmoud Ahmadinejad. Then, too, authorities also cracked down hard, with the Revolutionary Guard and the Basij sent in to arrest, beat and kill protesters.

Ms Neda Agha Soltan, a young woman who was shot and killed, became the symbol of the uprising.