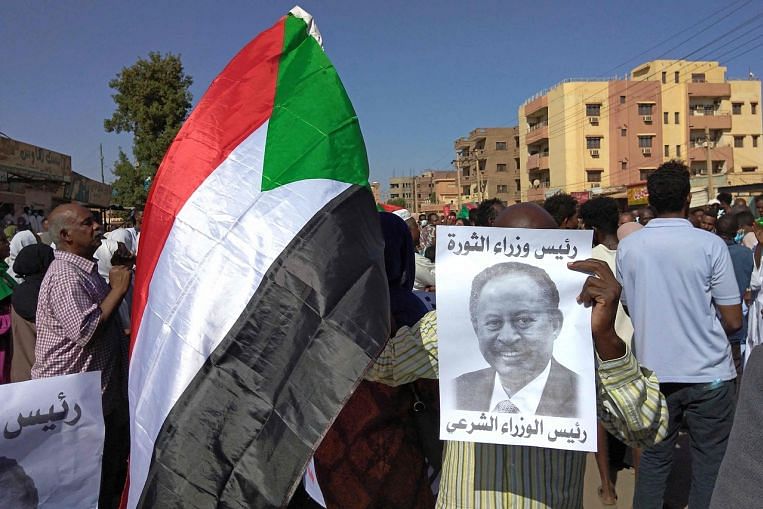 KHARTOUM (BLOOMBERG) – Sudan’s military has reached a deal to return Prime Minister Abdalla Hamdok to office, almost a month after staging a coup against the civilian wing of the North African nation’s government, people with knowledge of the matter said.

The army has also agreed to release all political detainees and revert to the terms of a constitutional agreement signed with civilian groups in 2019 after the fall of dictator Omar al-Bashir, according to the people.

An army spokesman didn’t respond to a request for comment.

Sudan’s Oct 25 coup derailed hopes of a transition to democracy after three decades of Bashir’s rule and sparked international condemnation and mass protests.

At least 40 people have been killed in a crackdown on demonstrations.

More protests are planned on Sunday (Nov 21) and it wasn’t clear that ordinary civilians would welcome the deal.

The Sudan Professionals Association, a driving force behind demonstrations, said it wouldn’t accept any pact that saw the military retain power.

Further negotiations with political parties, the army and former rebel groups that fought against Bashir’s regime will be held in the coming weeks under the proposed deal, the people said.