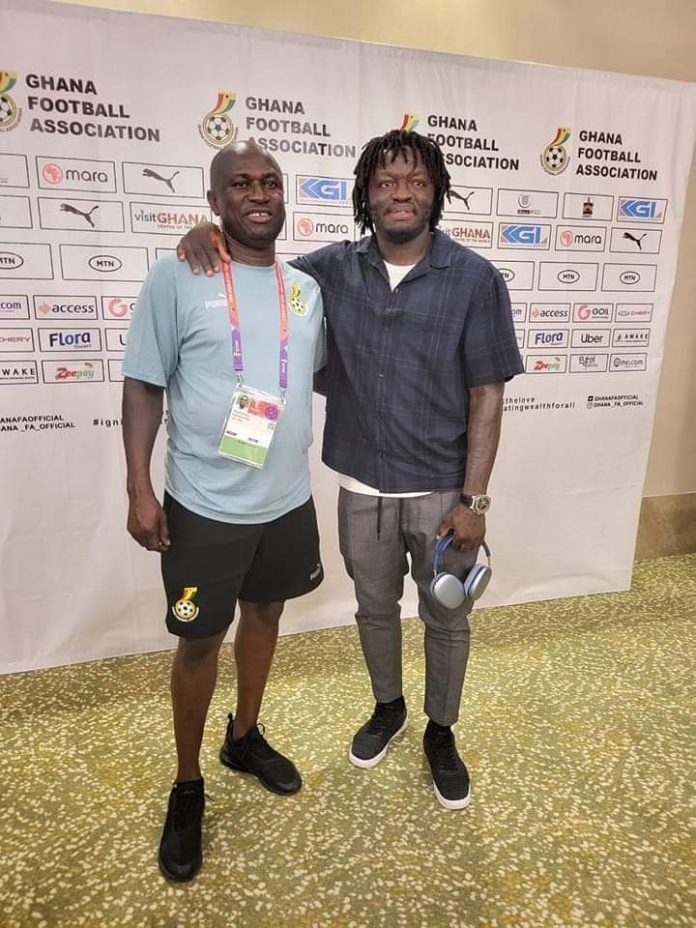 After it was reported that Sule Muntari had slapped Moses Armah due to a misunderstanding that occurred at the Ghana team hotel during the 2014 World Cup in Brazil, Sule Muntari last night paid a visit to the Black Stars team hotel in Doha.

Muntari took the opportunity to meet with Moses Armah-Parker and extend a profound apology to him,
as he had promised earlier this month to do wherever he meets him.

Moses accepted his apology and thanked him and both of them were happy to see each other again after eight years. They started conversations to rekindle their once-awesome relationship.