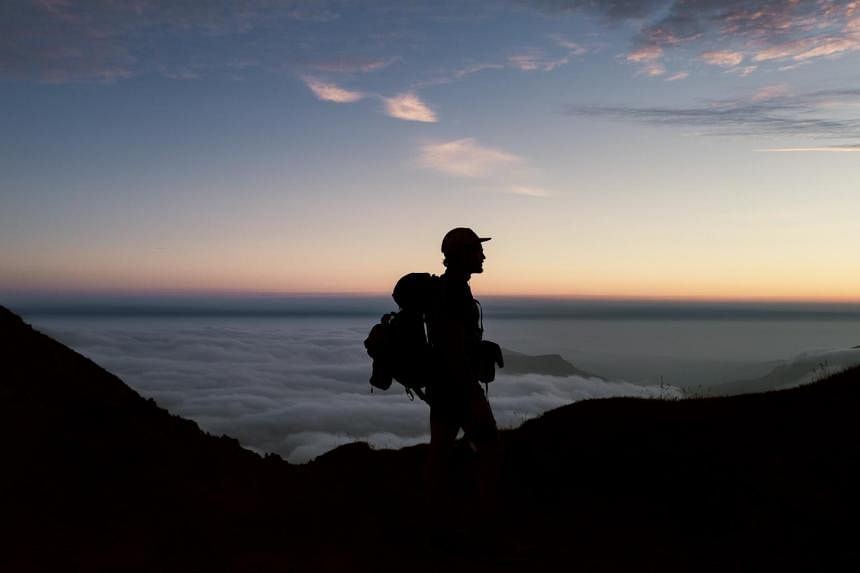 PARIS – Mr David Fiant says his cystic fibrosis and the arduous therapy it required was so bad he “could no longer tell if I was living to heal myself or healing myself to live”.

While waiting for a lung transplant, he was on oxygen therapy and had a six-hour daily care regime, as well as three to four weeks of antibiotic infusions a year.

Then, he became one of the first people in France to take a new triple-drug treatment that has been hailed as a gamechanger for people with the rare life-threatening disorder.

“I took my first dose of the medicine one morning. By 3pm, I was feeling the first effects,” he said.

For the first time in years, he was able to shower by himself, climb 15 steps at once and above all “accompany my daughter to buy comic books”, the 40-year-old said.

When Mr Fiant’s doctor examined him after he started the treatment, he could hear air circulating in his lungs. That had never happened before, he said.

Mr Fiant’s regime of care has since been drastically cut back – and he has become the president of the French non-profit Vaincre la Mucoviscidose (Defeat Cystic Fibrosis).

While the treatment’s results were “spectacular”, he emphasised that it was no miracle.

“There is still no cure for cystic fibrosis,” he stressed.

More than 70,000 people worldwide are estimated to suffer from the inherited disease, in which a defective gene causes sticky mucus to build up in the lungs, digestive tract and other parts of the body. It causes difficulty breathing, as well as long-term complications such as infection that leads patients to have significantly shortened life expectancies.

However, the triple-pill treatment taken by Mr Fiant, which is sold as Kaftrio in Europe and Trikafta in the United States, has had a major impact since the US first approved it in 2019.

The life expectancy of people with cystic fibrosis born between 2017 and 2021 in the US is now 53, up from 38 a decade ago, according to US non-profit organisation the Cystic Fibrosis Foundation.

Kaftrio has been hailed as a breakthrough because it targets the underlying cause of the disease, repairing a mutated defect in the CFTR gene. The treatment was approved by the European Union’s medicines agency and by Britain in August 2020.

However, out of the 7,500 cystic fibrosis patients in France, only 40 per cent are able to use the treatment. It has not been approved for children under the age of six, and 15 per cent of patients have a genetic profile that renders the treatment ineffective.

Around 900 patients who received transplants of organs such as lungs or livers are also ineligible.

Ms Sabrina Perquis, 41, watched the arrival in France of the new treatment with “great hope”. But she had had a transplant 15 years ago and found out she was not able to take Kaftrio.

“It was a tough blow,” she admitted.

“When you have had a transplant, you live with a sword of Damocles hanging over your head because rejection is always possible,” she said. “We are asking not to be forgotten. Research must continue to find a solution for all patients.”

Several research projects are at varying stages of development, searching for an answer for patients with rare genetic mutations.

Other questions remain, including whether the treatment completely blocks the disease’s progress or merely slows it down, Vaincre la Mucoviscidose vice-president Pierre Foucaud said.

The number of cystic fibrosis patients who had an organ transplant fell from 21 to just two per quarter in France from 2019 to 2021, spurred by hopes that Kaftrio would render the operation unnecessary.

“But will these transplants merely be delayed by 10 to 15 years?” Dr Foucaud asked. “We don’t know.”

Kaftrio has “opened up a tremendous hope for all patients”, but more needs to be done, he added. AFP