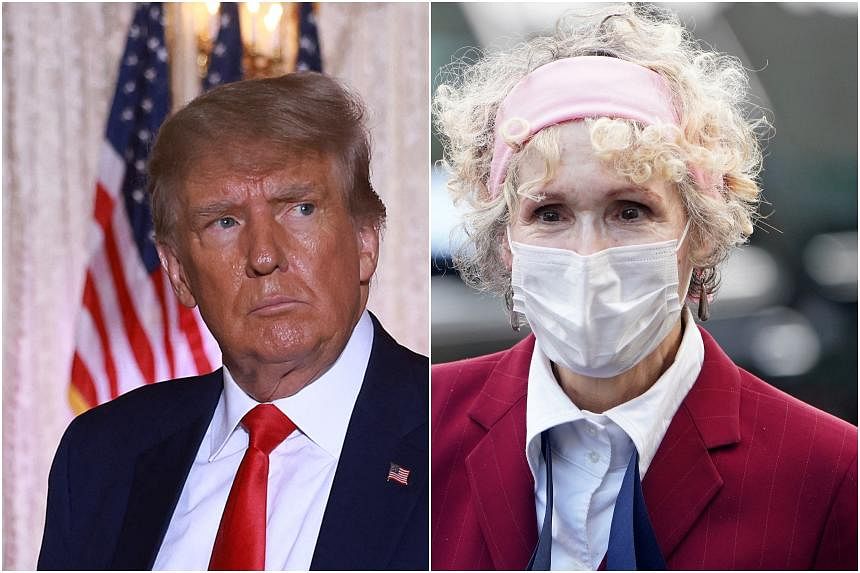 NEW YORK – Mr Donald Trump was sued for defamation a second time on Thursday by a writer who accused the former US president of lying by denying that he raped her 27 years ago.

Ms Carroll, 78, brought the battery claim under New York’s Adult Survivors Act, a new law giving sexual assault victims a one-year window to sue their alleged abusers, even if the abuse occurred long ago and statutes of limitations have expired.

Thursday, Thanksgiving Day, was the first day that accusers could sue.

Mr Trump, 76, has denied raping Ms Carroll or knowing her at the time, and said she was “not my type.”

His first denial in June 2019 prompted her to sue for defamation five months later.

He repeated the denial in an Oct 12 post on his Truth Social account, calling Ms Carroll’s claim a “hoax” and “lie,” prompting the new defamation claim.

Both sides are awaiting appeals court decisions addressing Trump’s argument that he was legally immune from Ms Carroll’s first lawsuit because he had spoken in his capacity as president.

If courts agreed that the US government, which has sovereign immunity from defamation claims, could be substituted for Ms Trump as a defendant, Ms Carroll’s first lawsuit would fail.

That would likely not affect her second lawsuit because Mr Trump is a private citizen, having left the White House in January 2021.

Ms Carroll is seeking unspecified damages. To support her battery claim, she said Mr Trump caused her lasting psychological harm, and left her unable to sustain a romantic relationship.

The first lawsuit is scheduled for trial on Feb 6, 2023, before US District Judge Lewis Kaplan in Manhattan, but will likely be delayed because of the appeals process.

At a hearing on Tuesday, Ms Carroll’s lawyer Roberta Kaplan asked for an April 10 trial covering both lawsuits, saying they have substantial overlap.

Mr Trump’s lawyer Alina Habba sought a May 8 trial for only the first lawsuit. She also told the judge a longer delay made sense because Trump had not hired a lawyer for the second lawsuit.

“Your client in the present action, Ms Habba, has known this was coming for months, and he would be well-advised to decide who is representing him in it,” the judge responded.

Judge Kaplan said he may decide early next week how to schedule both lawsuits. REUTERS