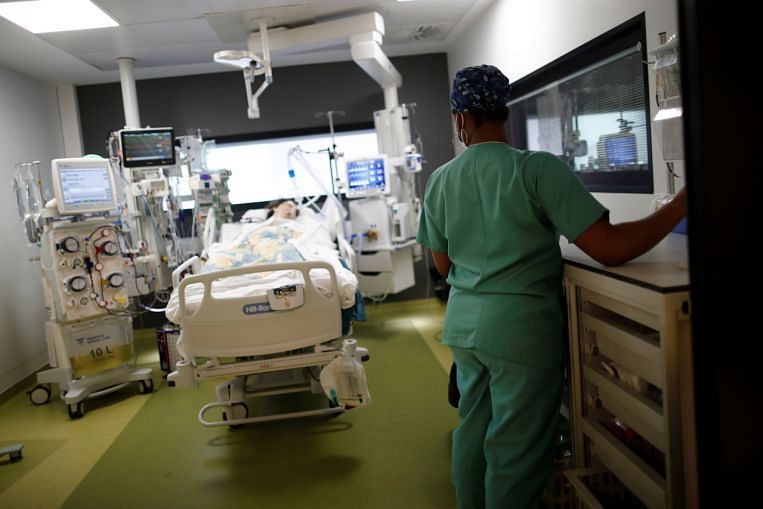 MELBOURNE (BLOOMBERG) – When Dr Ziyad Al-Aly’s research team told him how often diabetes appeared to strike Covid-19 survivors, he thought the data must be wrong, so he asked his five colleagues to crunch the numbers again.

Weeks later, they returned the same findings after sifting through millions of patient records. By then Dr Al-Aly had also gone digging into the scientific literature and was starting to come to terms with an alarming reality: Covid-19 isn’t just deadlier for people with diabetes, it’s also triggering the metabolic disease in many who didn’t previously have it.

“It took a while to convince me,” said Dr Al-Aly, who directs the clinical epidemiology center at the Veterans Affairs St. Louis Health Care System in Missouri. “It was hard to believe that Covid could be doing this.”

Among Covid-19’s many ripple effects, the worsening of the global diabetes burden could carry a heavy public-health toll. The underlying mechanisms stoking new-onset diabetes aren’t clear, though some doctors suspect the SARS-CoV-2 virus may damage the pancreas, the gland that makes insulin which is needed to convert blood-sugar into energy.

Sedentary lifestyles brought on by lockdowns could also be playing a role, as might late diagnoses after people avoided doctors’ offices. Even some children’s mild coronavirus cases can be followed by the swift onset of diabetes, scientists found.

Considered a lung disease in the early days of the pandemic, Covid-19 is increasingly recognised for its ability to ravage multiple organs and bodily systems, causing persistent and sometimes debilitating symptoms in 1 in 10 sufferers months after their apparent recovery.

Lingering metabolic complications, sometimes requiring high doses of insulin, suggest a subset of survivors are developing diabetes – swelling the ranks of the more than the 463 million people living with the chronic condition.

The disease, in which the body fails to produce enough or properly use insulin, cost an estimated US$760 billion (S$1 trillion) in the year before Covid-19 struck, driven by life-shortening complications spanning stroke and kidney failure to foot ulcers and blindness.

Dr Al-Aly and colleagues were the first to measure the effect in the United States based on evidence from the national healthcare databases of the Department of Veterans Affairs.

They found that Covid-19 survivors were about 39 per cent more likely to have a new diabetes diagnosis in the six months after infection than non-infected users of the VA health system. The risk works out to about 6.5 additional diabetes cases for every 1,000 Covid-19 patients who don’t end up in the hospital. For those who do, the probability jumps to 37 per 1,000 – and it’s even higher for patients who required intensive care.

The numbers should be viewed in the context of Covid-19’s sprawling reach, according to Dr Al-Aly. During the winter peak, more than 130,000 patients were hospitalised with the coronavirus in the US alone. Globally, SARS-CoV-2 is reported to have infected more than 153 million people, including over 20 million in India, the country with the most people living with diabetes after China.

Dr Al-Aly’s data was published last month in Nature, three weeks after a study of almost 50,000 hospitalised Covid-19 patients in England found that they were 50 per cent more likely to have diabetes some 20 weeks after discharge than matched controls.

“We have a risk of seeing a clash of two pandemics,” said Dr Francesco Rubino, chair of metabolic and bariatric surgery at King’s College London, who set up a global registry of Covid-related diabetes cases with Paul Zimmet, a professor of diabetes at Melbourne’s Monash University.

Researchers have hypothesised pathways in which Covid-19 might increase the likelihood of a diabetes diagnosis, including the possibility that the pancreas’ insulin-excreting beta cells are destroyed either by the virus or by the body’s response to the infection.

Other explanations may include an acute stress response to the infection, the use of steroid treatments that help survival but increase blood-sugar, or just the unmasking of diabetes cases that had previously escaped diagnosis, according to John Nicholls, a clinical professor of pathology at the University of Hong Kong.

Almost 500 doctors from around the world have agreed to share data via Dr Rubino’s diabetes registry. They will upload patients’ known risk factors, lab results, clinical features, treatment, and disease course – information that will help identify the most prevalent form of the disease, possible causes, and likely prognoses.

So far, close to 350 cases have been documented through the registry and descriptive anecdotes are flowing in almost every day through emails from concerned patients and parents.

“People write to us and say, ‘My son just got diagnosed with diabetes. He’s an 8-year-old. He just got Covid last month or two months ago. Could it be related?'” Dr Rubino said.

The question of whether SARS-CoV-2 is capable of inducing diabetes is controversial. Surveillance for diabetes from population-based data may be a clearer way to gauge the pandemic’s impact, said Professor Jonathan Shaw, deputy director of the Baker Heart and Diabetes Institute in Melbourne.

They found one in five new pediatric type-2 cases last year required hospitalization for diabetic ketoacidosis, a dangerous buildup of acid in the blood due to inadequate insulin supply. By contrast, only 3 per cent of new patients faced this life-threatening problem in 2019. While none of the children in 2020 had active Covid-19, doctors weren’t systematically testing for a prior SARS-CoV-2 infection. Of those who were tested, a third were positive.

“Could that explain some of the increase? We really just don’t know,” said Dr Lily Chao, interim medical diabetes director at Children’s Hospital Los Angeles. “But that is one thing that is going through the back of our heads.”

Doctors in Canada suggest a drop in utilisation of medical services during the pandemic might have delayed care for children with new-onset type 1 diabetes – the rarer form caused by an autoimmune reaction that destroys insulin-producing cells in the pancreas. A study from Alberta province found the incidence of severe diabetic ketoacidosis in these patients more than doubled to 27 per cent in 2020.

Dr Chao sees other plausible drivers related to Covid-19. The pandemic itself has also resulted in lifestyle changes that may be putting kids at risk of diabetes.

“For Los Angeles, schools were shut down for a whole year,” she said. “Many of our children have just been home and frankly not getting the best nutrition and gaining more weight. It’s a complex situation.”

Dr Rubino aims to publish initial findings from the diabetes registry data mid-year, and offers a word of early caution already: There’s enough evidence of Covid-19’s long-term consequences that it should be avoided at any age.