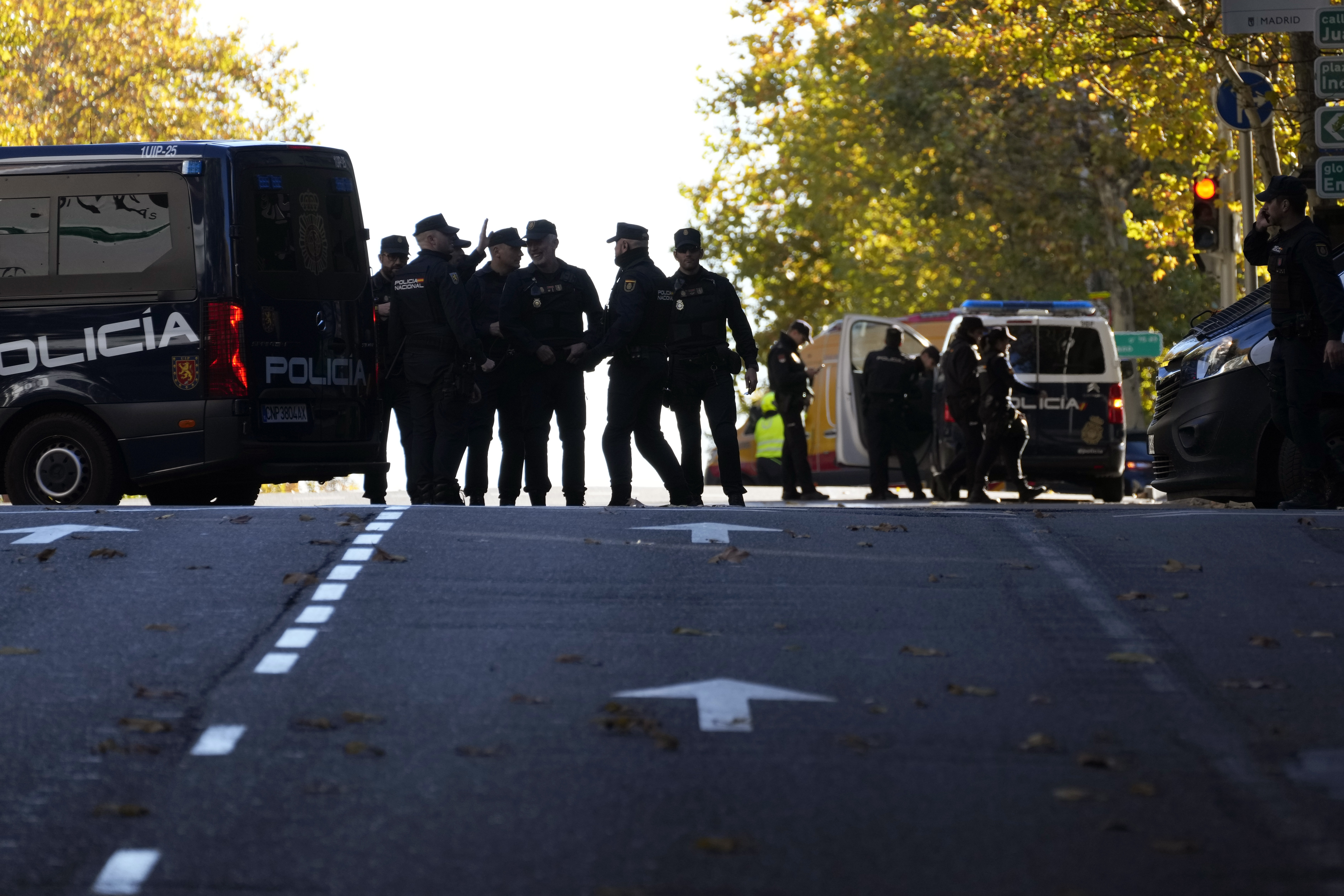 Police in Spain detonated a suspicious envelope discovered at the U.S. Embassy in Madrid, Spanish officials said Thursday, a day after a similar package sent to the Ukrainian Embassy ignited upon opening and injured an employee.

“We can confirm a suspicious package was received at the U.S. Embassy in Madrid, and are aware of reports of other packages sent to other locations throughout Spain,” the American embassy said in a response to an Associated Press inquiry.

“We are grateful to Spanish law enforcement for their assistance with this matter,” it added.

Authorities cordoned off a wide area around the embassy, located in the centre of Spain’s capital.

The action followed police reporting that multiple explosive letters were sent in Spain over the past two days. Police said they were delivered to Spain’s Defence Ministry, a European Union satellite center located at the Torrejon de Ardoz air base outside Madrid and to an arms factory in northeastern Spain that makes grenades sent to Ukraine.

Spanish authorities have yet to determine who was responsible for the letters or link them to the war in Ukraine.

The Russian Embassy in Madrid on Thursday condemned the letter bombs, saying in a tweet that “any threat or terrorist attack, especially those directed at diplomatic missions, are totally condemnable.”

The package sent to the Ukrainian Embassy was addressed to the country’s ambassador to Spain. The employee handling it was slightly injured when it burst into flames.

Spain’s National Court is investigating the incident as a terrorist act.

An initial assessment indicated the first five packages were likely sent from within Spain, Secretary of State for Security Rafael Perez said. Police said all but one of the letter bombs were disposed of.

Perez said the one intact explosive device was from the air base and that it and its packaging would be part of the investigation.

Officials said that package was sent to the director of the European Union Satellite Center. The center, known as SatCen, is an EU geospatial intelligence body, and and its missions include monitoring Ukraine.

The Defence Ministry package was addressed to Spanish Defense Minister Margarita Robles, Perez said. Spain has contributed both military and humanitarian aid to Ukraine since the start of the Russian invasion.

Robles was visiting Ukraine on Thursday to support its defense effort with another aid package. Authorities did not provide details about the aid, saying they did not want to give away sensitive information to Russia’s forces.

Robles said the disturbing discoveries of recent days would have no effect on Spain’s full backing of Ukraine.

“The police are investigating these packages, but let one thing be perfectly clear,” she said in Spanish. “None of these packages or any other violent act will change the clear and firm support that Spain and other NATO and EU countries have for Ukraine.”

The arms factory targeted is located in the northeastern city of Zaragoza. The parcel was addressed to the factory’s director.

A government official in Zaragoza said that both the arms factory and Ukrainian Embassy packages had the same email address listed as the sender. No further details were given.

The sending of small explosive devices in postal parcels is not uncommon in many countries. They were a common occurrence for many years in Spain, especially during the most active years of the now-defunct armed Basque group ETA.

Perez said security was increased at public buildings following the discovery of the package sent to Spain’s prime minister. The move now has been extended to embassies, which already had extra security measures in place after the start of the Russian invasion of Ukraine in February.